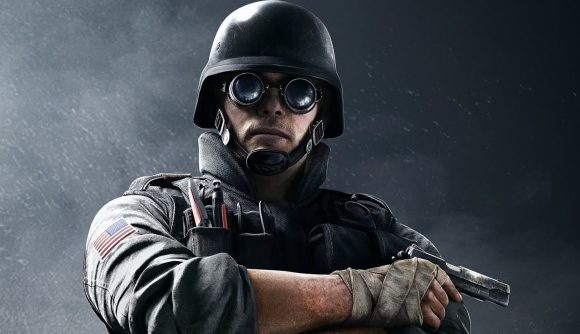 Attacking teams in Rainbow Six Siege need hard breachers like Hibana and Thermite – at least if they want to stay competitive in the current meta. Ubisoft announced a new secondary gadget that would give more Operators hard-breaching items in an effort to shake up the meta, and it seems that’s just a start – new EMP-style secondaries are coming, too.

Dedicated hard breachers are still going to be the best at their job, as lead game designer Jean-Baptiste Halle tells PC Gamer, but the mini-breach tool – as it currently stands in development – will destroy hatches and create spaces big enough for players to move through. Based on when it was officially announced, it’ll likely be part of Rainbow Six Siege Year 5.

Another new secondary gadget is in the works which will similarly match the EMP-style device counters of Thatcher and Twitch. This is apparently not as far along in development, as the developers don’t yet have a specific plan for it – so we’ll likely have to wait even longer for this gadget.

The new secondaries will be carefully distributed into Operator loadouts, as Ubisoft doesn’t want to make any one op too useful – Halle tells PCG that the team recognises these gadgets could be a “slippery slope” to OP Operators.

Either way, it seems that the ranking of the best Rainbow Six Siege Operators is going to have a major shakeup soon.