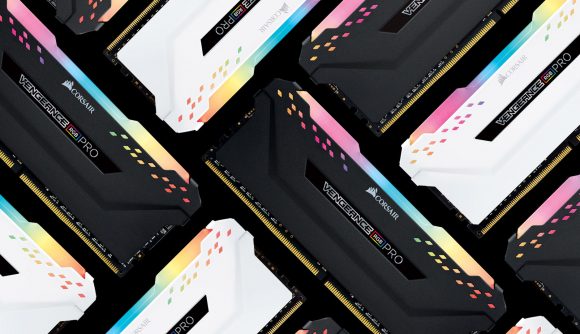 2021 is not looking like a friendly year for budding PC builders, especially if you’re looking to assemble the best gaming PC build on a budget. Graphics card stock is projected to be slim until next year, with MSI recently warning that the price of its Nvidia and AMD cards would see a rise – that’s if you can even find one given current GPU stock issues.

Now it looks like the price of the best gaming RAM is set to continue rising into April, after contract prices for DRAM rose up to 10% since January, according to a report from Taiwanese industry news site Digitimes. If you’re looking to slot in a fresh set of RAM to up your PC’s memory capacity, this isn’t great news – and it looks like these increased contract prices could potentially be already being passed on to increasing MSRPs on RAM from brands such as Corsair and Crucial.

You shouldn’t have to worry about the pricing situation getting anywhere near as dire as with GPUs, though – it’s impossible to mine cryptocurrencies with RAM, at least, which is one of the primary causes of the current lack of graphics cards.

Looking at the price history on a 16GB set of Corsair’s Vengeance RGB Pro DDR4 RAM on Amazon UK, the asking price has risen 26%, from around £71 at the start of January to just under £90 at the time of writing.

While it’s not confirmed that these price increases are related to the DRAM contract price surges, it’s likely there could be a link given RAM isn’t suffering from stock issues the same way GPUs are. 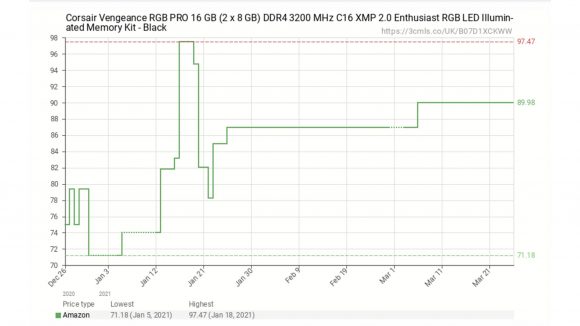 
These price hikes aren’t the end of the world, but they add up, particularly if you’re going for a higher capacity such as 32GB or more. We’d be buying RAM now rather than later, if MSRPs continue to rise after this latest industry projection.