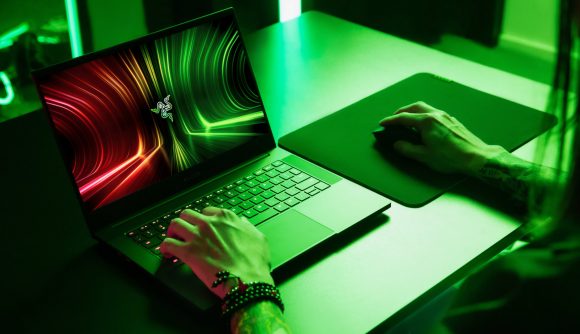 The best gaming laptops all pack Intel CPUs, but Razer's seen red with its latest Blade 14 notebook, equipping it with an AMD chip for the first time. It packs a Ryzen 9 5900HX under the hood, and with eight physical cores, 16 threads, and a 4.6GHz boost clock, it might even be the brand's most powerful yet.

Starting at $1,799, you have your choice of Nvidia's RTX 3060, RTX 3070, or RTX 3080 graphics cards. Despite being mobile variants, Razer impressively pushes 100W of power from the GPUs, using its proprietary two-fan vapor chamber cooling system to keep things in check.

Depending on your choice of video card, the Blade 14 will either come with a 1080p resolution screen at 144Hz refresh rate or a 1440p display at 165Hz. The former reaches up to 100% SRGB colour, while the latter packs the more desirable 100% DCI-P3 – but both come on an colourful IPS panel with AMD's FreeSync Premium anti-screen tearing technology.

Configurations are rounded off with up to a 1TB SSD that you can swap out later on, and 16GB of DDR4 RAM at 3,200MHz. 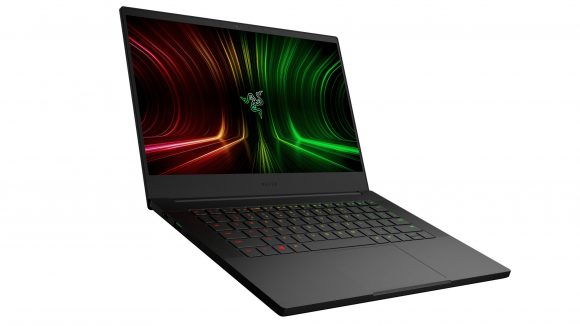 Despite Razer dubbing the Blade 14 as its “thinnest 14-inch gaming laptop”, it still packs a wealth of connectivity options within the CNC aluminium chassis. WiFi 6E and Bluetooth 5.2 support are baked in, while ports include a HDMI 2.1 output for 4K at 120Hz, two USB 3.2 Type-C ports, two USB 3.2 Type-A ports, and a 3.5mm headphone jack to make use of the 3D THX Spatial Audio.

It’s currently available on the Razer Store, and will come to third party retailers soon.