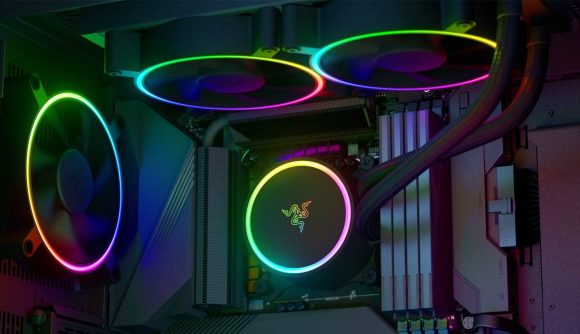 Razer is perhaps best known for its peripherals like the Kraken gaming headsets, but after testing the waters with its Tomahawk case, it’s ready to fully dive in and give Corsair a run for its money with a range of PC components. With AIO coolers, case fans, fan controllers, and power supply units announced at RazerCon 2021, you’ll be able to almost fully dress your gaming PC from head to toe with Razer’s snakehead logo.

It’s been a long time coming for a company the size of Razer, which tells us it didn’t want to rush into product launches half-heartedly. Instead, it strives to achieve “almost Apple-level quality,” with plug-and-play compatibility regardless of your rig and simplified Chroma RGB lighting so your entire system is synchronised. Yes, this even means you’ll be able to control your PC’s lighting with voice commands, as Chroma supports Amazon Alexa.

Better yet, Razer says this is only the beginning of an expansive portfolio, so we can expect even more PC parts on the horizon. Your guess is as good as ours, but it’s still missing gaming RAM, gaming motherboards, GPUs, and if it’s feeling really gutsy, gaming CPUs.

But without further ado, let’s take a look at Razer’s latest and greatest: 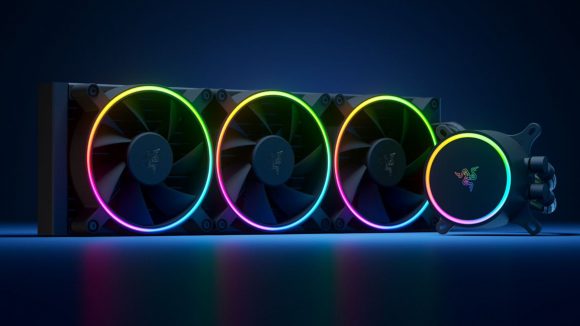 Razer’s all-in-one cooler is designed to keep your processor chilled with an optimised pump intake design and Asetek’s cooling block solution. We’re told it’s built to run silently even under load, but we won’t be able to say for certain how it compares to the competition until we get our hands on one. 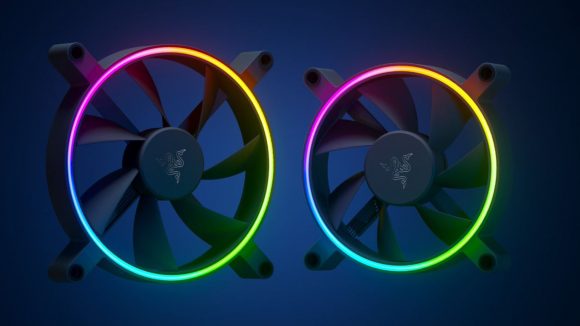 Razer has many lofty claims about its Kunai Chroma fans, including that they provide 70% more static pressure & 26% CFM improvement versus Corsair and Cooler Master alternatives. They’re also reportedly 21% quieter, but it’s unclear whether these statistics are for the 120mm or 140mm options.

These are hydraulic performance fans, with Razer keeping hush on potential magnetic levitation variants for the time being. You’ll be able to get your hands on one from $49.99 on the Razer Store. 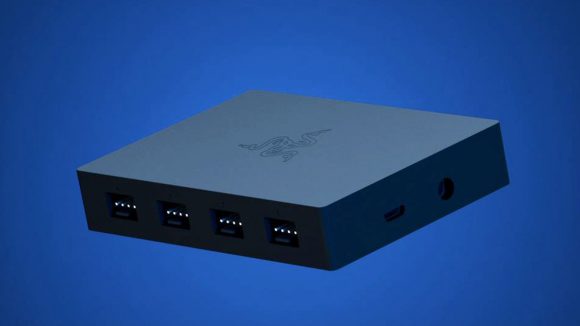 You can’t have fans without fan controllers, so Razer has one of them, too! It says that the biggest bug bear with current fan controllers is that they max out at six connections, so Razer’s made sure to allow up to eight connections at once, which is much better for those of you with full towers. It features a pretty thin design to sit inconspicuously in your PC case, and should be as simple as plugging and playing.

The Razer PWM PC Fan Controller is available today from $49.99 on the Razer Store. 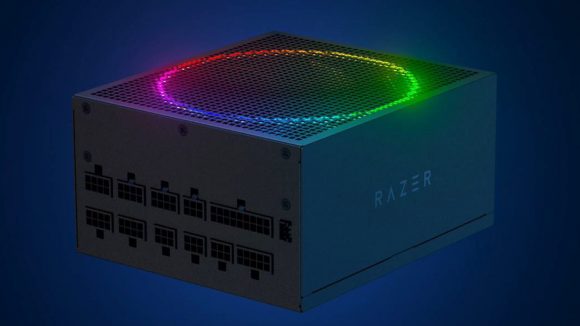 Razer’s Katana PSU sports all the usual suspects, from premium Japanese electrical capacitors to an efficient zero-RPM ARGB fan, and it’s completely modular so you can manage cables. It should suit most of the best graphics cards, too, as you can choose between 750W to 1600W models.

Since Razer is driven by an environmental focus, its first Katana power supply unit is only available with a Platinum rating. We don’t know exactly how much this will cost just yet, as it won’t be available until the start of 2022, but we can’t imagine such a high rating will come cheap, even at a lower wattage.

Curiously, there won’t be a small form factor (SFF) version available at launch, meaning the Katana won’t actually be compatible with the Tomahawk Mini-ITX case. Razer is currently exploring smaller options, but its first power supply unit will only come in ATX for now.