You can do a great many things in Red Dead Online. You can dress up and take part in the fashion scene on Reddit, you can chill out by taking pictures of animals as part of the Naturalist update, and or you can form a gang of outlaws. Now, though, you can take some herbs and turn into a buck.

As part of the Red Dead Online weekly update, if you go and chat with naturalist Harriet Davenport, she’ll tell you about a new herb she’s stumbled across which she calls Harrietum Officianalis. The flower lets you become a buck if you ingest enough of it while near a particular location. She then hands you a quest and pamphlet to do just that.

To get it all to work, you’ll need to find five lots of Harrietum Officianalis flowers. If you’re unsure where to look, the Jean Ropke map has already laid it out. Once you’ve done that, you’ll need to travel to a set location and then you’ll get to play as a buck for five minutes. The first thing one player did was run and maul an NPC.

If you want to watch a video for some more visual information, you can find one below from GTA Series Videos: 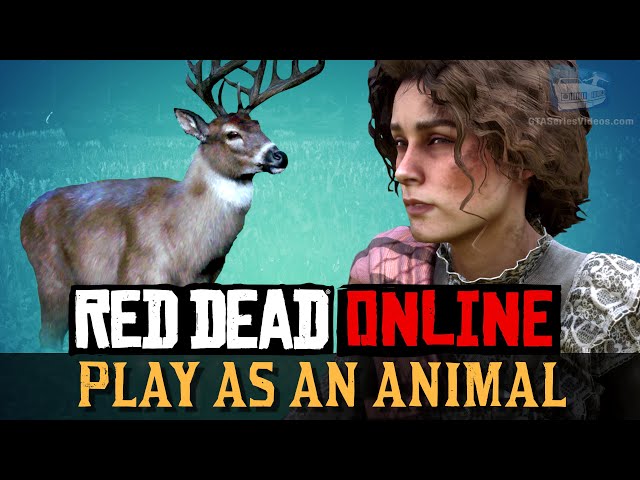 We had some idea this was in the pipeline. Twitter user MuzTuber managed to dig up the dialogue Harriet speaks when she gives you the quest, and one of the Red Dead Community mods managed to datamine Harriet’s pamphlet in full. Interestingly, that version also includes details on rabbits, boars, and possums – so Harriet’s quest may expand in the weeks to come.

If you’re looking for some suggestions on the best open-world games or more western games like Red Dead Redemption 2, then you know where to click.