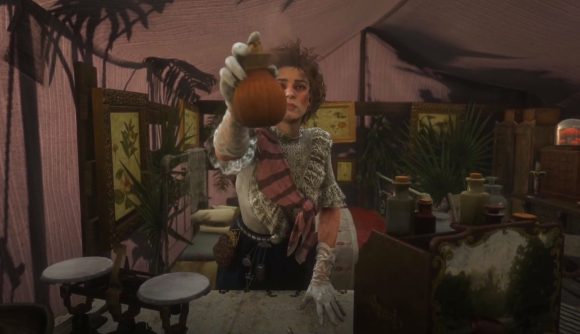 Since Red Dead Online‘s Naturalist update came out just over a month ago, players have been digging through its files to see if they can find a hint of what’s to come. A few discoveries point to a Halloween event that includes all the cosmetics and pass content that you’d expect. Another thread that players have been following, though, leads to ingesting herbs and becoming an animal. Bear with me, here.

Twitter user MuzTuber found an unused voice line from conservationist Harriet Davenport that talks about finding a new herb that allows you to become an animal if you ingest it while near one’s body. Two of the animals she specifically mentions are rabbits and possums. Not long after, one of the Red Dead Community mods uncovered field notes from Harriet among the game’s files that detail taking samples from plants in specific locations to connect with bucks, rabbits, boars, and possums.

More recently, Red Dead Guides managed to find ghost models of each of the animals mentioned in Harriet’s pamphlet by using mods in the western game’s offline mode. If you’d like to see it for yourself, you can check out the video below.

While this could be cut content, Red Dead Guides points to the rabbit and possum ghost models being recently added, which suggests otherwise. There have been various other Halloween-related finds recently, so spooky animal ghosts would play into that theme. If not Halloween, the open-world game’s publisher did mention that Red Dead Online would be getting another update before the fiscal year ended – so it could be then. 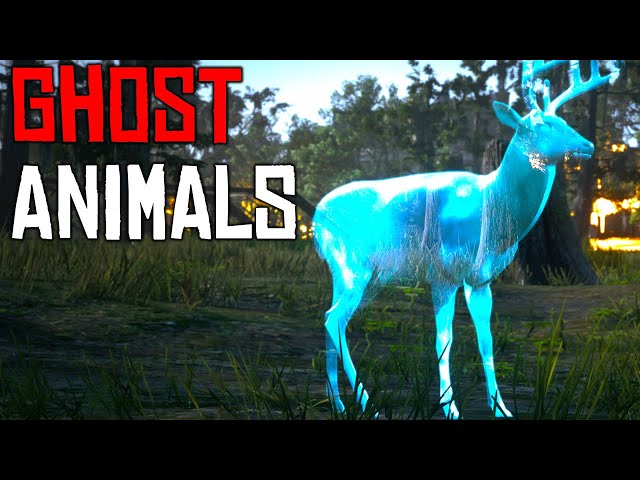 The plants that Harriet describes sound similar to Grand Theft Auto V’s Peyote cactus. Based on the real thing, which has psychoactive properties, you’ll fall asleep and wake up as a random animal in-game if you eat one. It certainly wouldn’t surprise me to see Harriet wield that kind of hallucinogenic. Anyone who has been sprayed by her and put to sleep for killing an animal knows that whatever is in that bottle is potent.