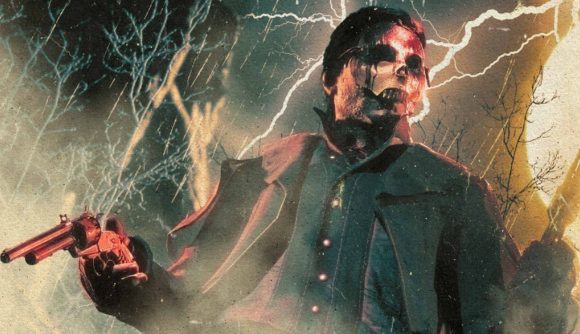 The spooky season is definitely here, with Red Dead Online being the latest major multiplayer game to get its share of Halloween updates and goodies. Rockstar Games has revealed that the Western game’s Halloween 2021 event and Halloween Pass 2021 are dropping later this week, ushering in “bleak tidings, and an eerie tinge to the atmosphere of the Wild West”.

First up, there are some seasonal All Hallows’ Call to Arms modes on the way – new, suitably spooky takes on Red Dead’s existing survival standoffs, which see players battle waves of enemies. These will take the fight to some of the game’s already more unsettling and abandoned spots like Armadillo, Butcher Creek, Shady Belle, and Bolger Glade, with enemies to fend off including “alligators and cougars hungry for flesh, and a supernatural ghost train haunting the town of Armadillo”.

These Call to Arms modes will fetch you double RDO$, gold, and XP while they’re live, and if you can hold out against ten waves of whichever enemy you’re facing, you’ll earn 2,000 Club XP to redeem on the Halloween Pass 2.

Additionally, the latest featured series of the week will be the zombie and player-battling mode Dead of Night, which has four teams “compete for kills in a fight against the never-ending tide of The Dead”. If you emerge victorious, you’ll get a free ability card of your choosing. You’ll also scoop up those same double rewards when playing this mode this week – and, both modes also feature a Night Stalker mask that “allows you to access supernatural powers and strengths beyond the limits of mere humanity”, which Rockstar advises players to use wisely. Gulp. 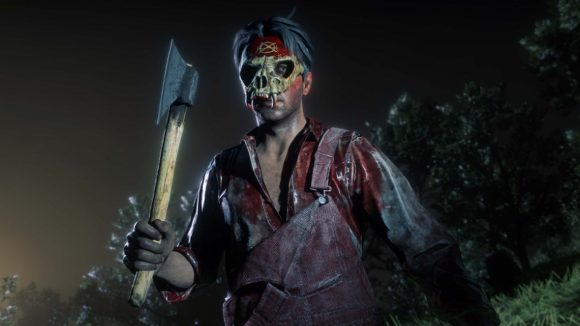 Speaking of masks, while the Halloween event is on, you’ll be able to pick up some Slaughter, Creature, Horror, Swing, Freak, and Masquerade options from Madam Nazard’s store. All players are getting some free snacks – ten Snowberger candies and five chocolate bars – for free, too.

The Halloween Pass 2 drops on October 28, which is a purchasable, limited-time upgrade “packed with grim and gruesome rewards spread across 15 ranks”, which will run for around three weeks, through to November 22. The pass includes more masks, blood-spattered clothing items, and some spooky accessories. Those who bought all four Quick Draw Club installments will get a reward to pick up the Halloween Pass 2 for free, Rockstar reveals.

As for the usual round of discounts and other bits, you can head to Rockstar’s announcement post here for the full rundown.