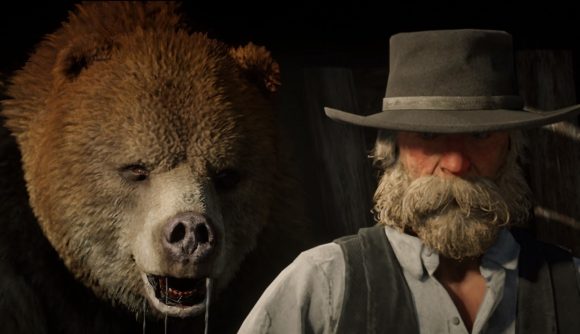 While Red Dead Online’s The Naturalist update only launched recently, details of the western game’s next content drop have already emerged. Rockstar’s parent company Take-Two Interactive has just held its quarterly earnings update and discussed what is ahead. As Take-Two president Karl Slatoff addressed the company’s upcoming and current releases, he mentioned that Red Dead Redemption 2 will receive a “major” update before April 2021 that features “an extension to existing frontier pursuits”.

A more precise time frame wasn’t given during the rest of the conference call, but we at least know – all things working out – that Red Dead Online will receive another update in the next seven months. Elsewhere in the call, CEO Strauss Zelnick was asked about the future cadence of updates after Red Dead Online players dressed up as clowns to protest the eight-month wait following the Moonshiners update in December. While not giving any more away, Zelnick maintains that Rockstar remains productive despite the situation brought about by COVID-19.

“Productivity has been strong across the board and across all of our labels,” Zelnick replies. “As you know, Rockstar Games decides on the cadence of updates, and it’s driven by great ideas and the ability to deliver those great ideas into superb experiences, and all of our labels wait to distribute new content until it’s nearly as perfect as it can possibly be.”

It looks like Red Dead Online’s The Naturalist update has performed well, too. In the call, Slatoff shares that the day the update went live was the “best day ever outside the holiday period”. He also says that “the update continues to perform very well”.

It’ll be interesting to see what extensions Rockstar has planned for Red Dead Online’s frontier pursuits, but I wouldn’t expect to hear any more about it until GTA Online’s next update is out. In the meantime, though, if you’re looking for ways to spice up your cowboy experience you can check out our RDR2 RP guide to find out how to get involved in some role play. It’s all very wholesome.