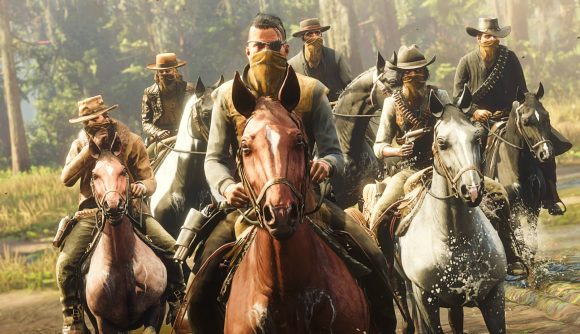 It looks like Red Dead Online is getting solo-focused missions based on hijacking boats and posses. A group of dataminers has found 300 voice lines in the Western game relating to Telegram missions and “Josiah”. They listened to them all, summing up what they said while playing a large selection of them in a video on YouTube (below).

The voice lines themselves are reasonably straightforward and seem to range from things said during a mission or a cutscene. The boat-related ones either tell you to fetch another boat, instruct you on leading one into a dock, or congratulate you for completing the task. The same dataminers also found boat files back in December, so they theorise that this find is linked. The second set of voice lines datamined refers to your posse, with one line asking where they are. They also mention stealing multiple wagons.

Datamined content always poses the risk of being something old that the developer has left in the files, but there is some form to go off here. Red Dead Online’s Telegram missions have been known about for a while as a mention of them was uncovered before they were released. Another example that comes to mind was Harriet’s pamphlet quests last year that let you turn into animals. All her voice lines and the pamphlet itself were dug up by the community beforehand.

If you’d like to see the video yourself, you can find it below courtesy of Red Dead Guides: 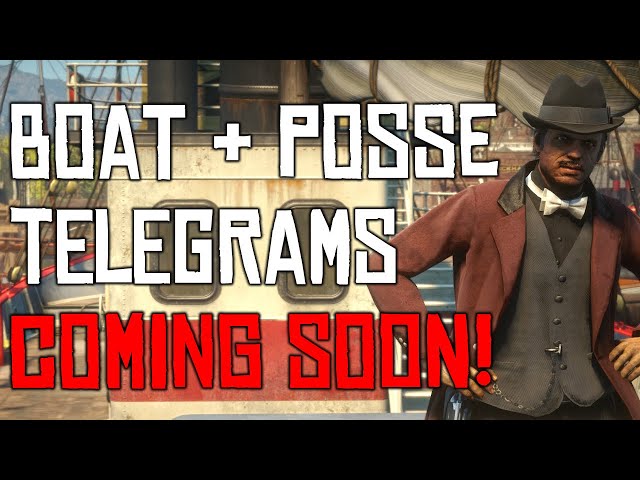 If you’ve been out of the loop, Telegram missions are solo content that Rockstar recently added to Red Dead Online. They take you into a new lobby and escalate in difficulty each time you do them until they max out. We got a few of them two weeks ago, but none popped up in the most recent Red Dead Online weekly update.

If you’re looking for something to keep you busy in the meantime, our best open-world games listicle has all the info you need.