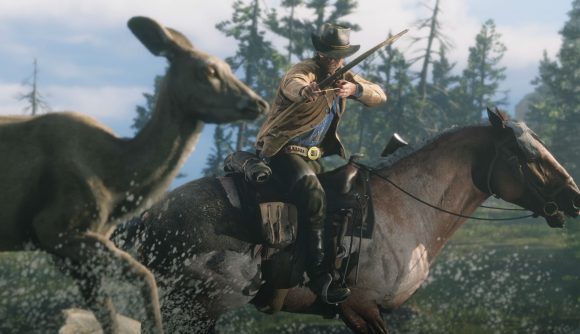 Red Dead Redemption 2 on PC has landed, and while there are already RDR2 mods available, it appears that some players have experienced a few hiccups in getting it up and running. Many users are reporting that the game crashes, either upon launch or when trying to get beyond the loading screen – and it doesn’t look like there’s a universal solution just yet.

In the replies to publisher Rockstar’s RDR2 release announcement on Twitter, players have been posting screenshots of error messages popping up on their PCs, showing the game ‘exiting unexpectedly.’ Users on Reddit have also been reporting crashes, with the messages advising players to give a ‘retry’ or ‘safe mode’ a go.

While it’s not immediately clear what might be causing the crashes, some users have suggested that disabling their antivirus software appears to have worked. This method isn’t confirmed as a fix, however (and naturally it’s important to be cautious around disabling antivirus software).

However, PCGamesN has tried this, and several other methods, including trying different GPUs, both AMD and Nvidia, all with the latest Game Ready drivers for RDR2, disabling fullscreen optimisation, adding the game and the Launcher to firewall exemptions and virus exemptions. None of these solutions appear to have worked for us just yet, though.

PCGamesN reached out to Rockstar for comment and was referred to the Rockstar Support page.

You can check out our Red Dead Redemption 2 review-in-progress if you’re keen to saddle up and want to find out more.