Finding any of the Red Dead Redemption 2 easter eggs is a sure way to put a big old smile on your face or at least a very quizzical one. The map is absolutely chock full of RDR2 secrets, and each one is slightly stranger than the last. Hunting for them is something you could easily spend a month of your life if you were to do it all on your own. Thankfully, we’ve got a list of some of the best Red Dead Redemption 2 easter eggs for you right here; you just need to follow along.

Whether you’re looking for supernatural forces, the bones of long-dead creatures, or just a very out of place person, Red Dead Redemption 2 has you covered. Some of these are a big part of filling out your journal and attaining a true 100% completion, while others are just entertaining little nods to pop culture, or even other Rockstar and open-world games.

The important thing is that they’re much easier to find if you know the way, so check all of these out.

Including easter eggs in their games is becoming a bit of a Rockstar tradition, and this game is no different. It’s more appealing in Red Dead Redemption 2 thanks to Arthur Morgan’s interactions with each of them. All of the RDR2 secrets feel like a more significant part of the world thanks to Arthur’s unique way of phrasing things and his love of jotting things down in his journal. 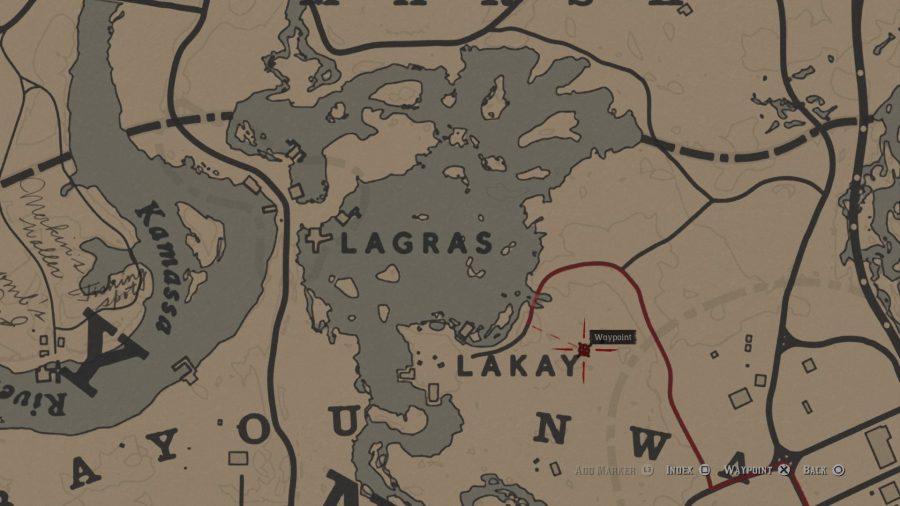 One of the stranger easter eggs in Red Dead Redemption 2, not because it is particularly out there, but because it is incredibly reasonable. You can find a tiny church just west of Lakay. That’s it, that’s the Easter egg. You can choose to crawl inside if you want, but it’s enough to simply see it. Maybe it’s a church for children… or even a dog house? That feels far creepier actually, never mind. 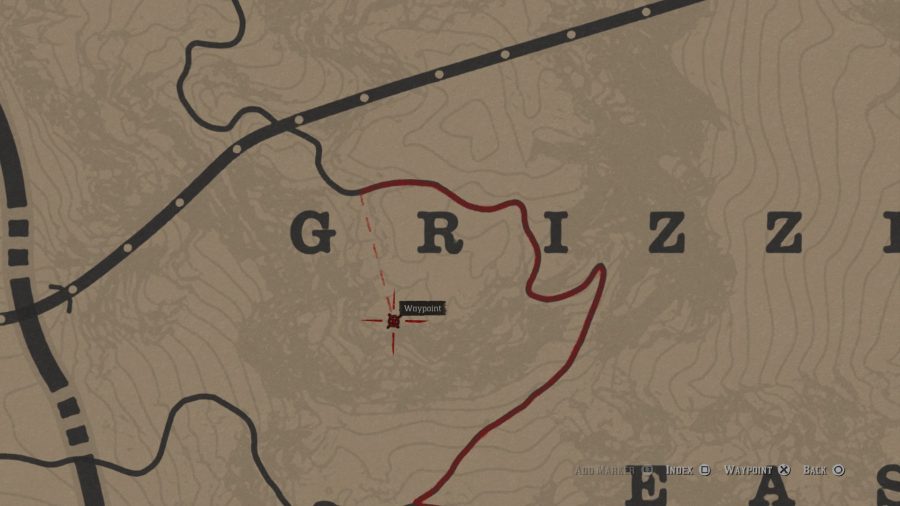 Found at the top of the mountains just to the south of the G and R in Grizzlies East. You’ll be able to spot a classic monk design just chilling out on the edge of the mountain meditating – they’re not traditionally found in western games. 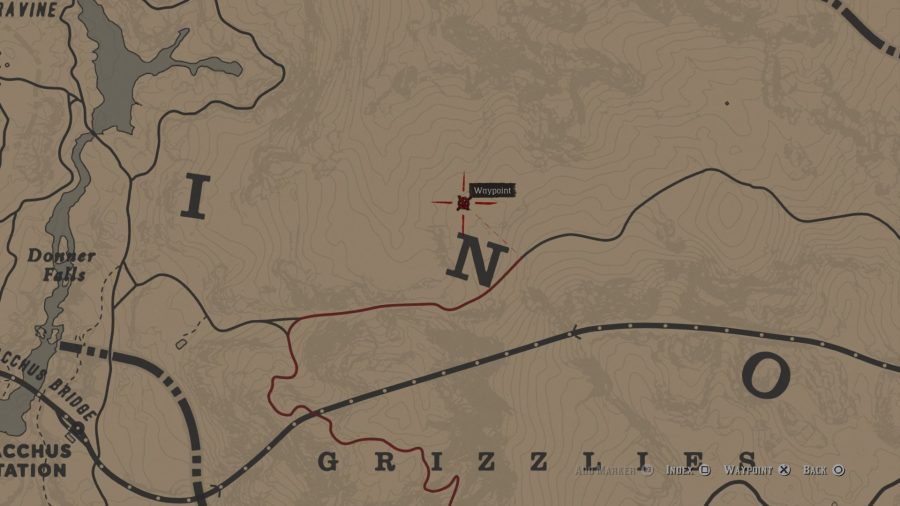 If you head just north of the N in Ambarino on the map, you’ll be able to spot a rundown looking shack. One that has nearly been reclaimed by nature. If you head inside, you’ll find what looks to be an alchemy table and some signs of some kind of potion brewing, including a bubbling cauldron. Do you remember when people wanted to drink the Egyptian tomb juice? Don’t drink the cauldron liquid either; it’s not exactly good for you. 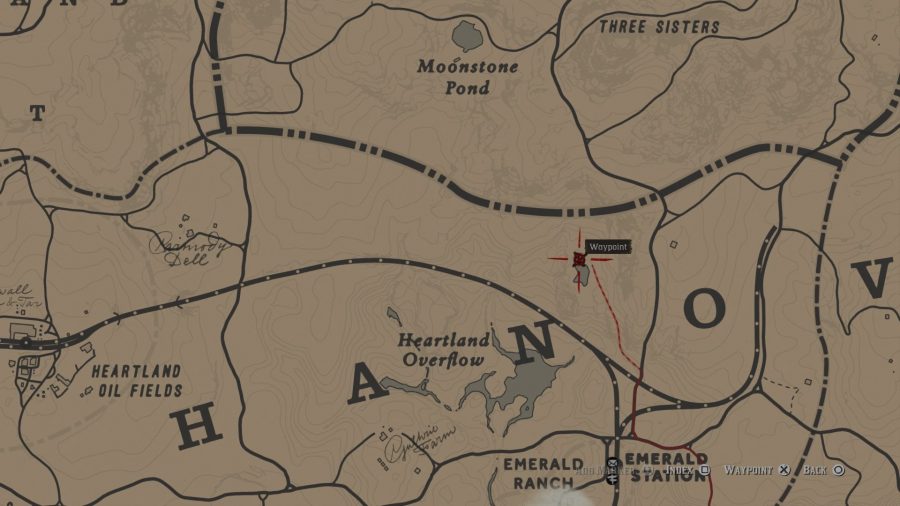 Head to Emerald Ranch and then travel due north until you come across a little shack by the water’s edge. Go inside, and you’ll find signs of some kind of horror story as well as a note to read. The note tells you to come back at the second hour under the half-moon. If you come back at 2:00 am during a half-moon, you’ll get to experience a sight that would be more at home in our list of the best space games. 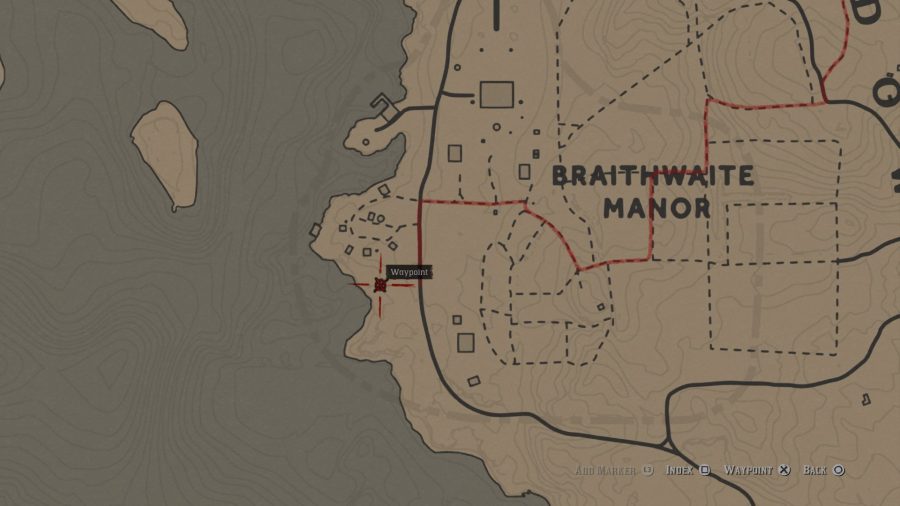 If you’ve played past chapter three in the story, then you’ll be unsurprised to learn that the Braithwaites are not good people. In fact, if you go to the western part of their estate, you’ll be able to find a small outhouse covered in chains. Inside lives one of the daughters of the family, screaming bloody murder on account of being locked away. 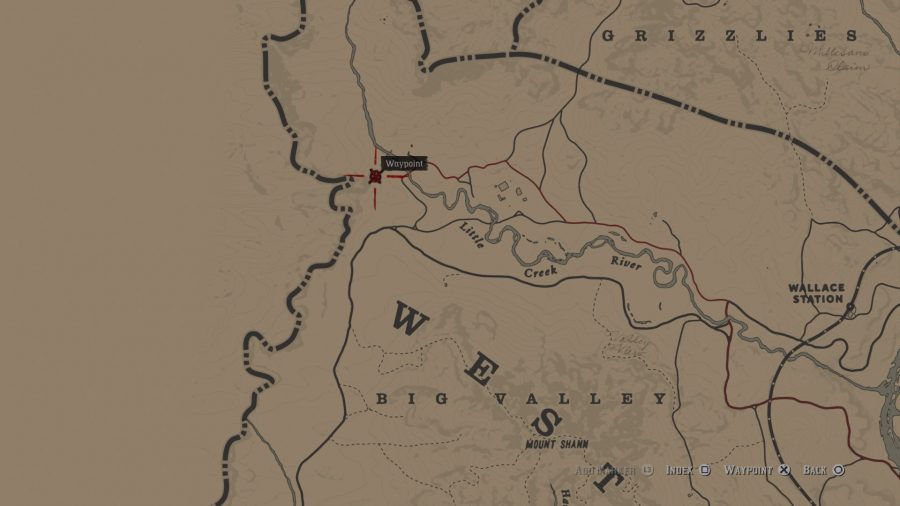 Far lighter than the previous entry, if you travel to the Big Valley in West Elizabeth and the head to the western part of that you’ll be able to find what appears to be a crashed airship of some sort. Could this be related to the aliens? Or maybe it’s a nod to the early flight attempts of humankind. 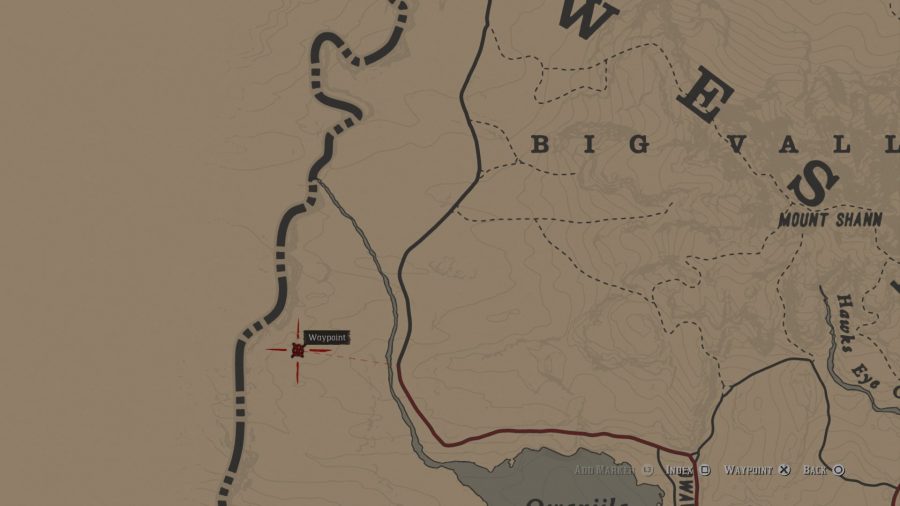 Head to Owanjila in Big Valley and the go north-west of it, and you’ll find a strange obelisk sitting on the top of a hill. It could well just be a relic of some kind of civilisation that came before, or it could be something more sinister. Of course, it could just be aliens again; they seem ever so busy. 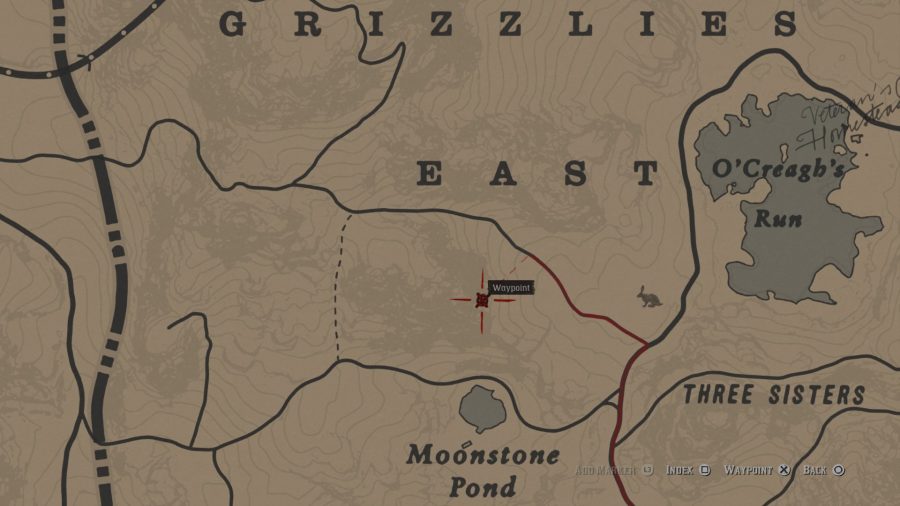 Face in the cliff

Back to Grizzlies East for this one and we’re scouring the mountains once more. This time we are heading slightly further south into the mountain range north of Moonstone Pond. You’ll need to hunt around for the path up the mountain, and you’ll find yourself in a small open area. Have a look around for a tiny trail that leads further up, and you’ll eventually find some scaffolding. Clamber up the scaffolding to see what looks like the beginning of Mount Rushmore. 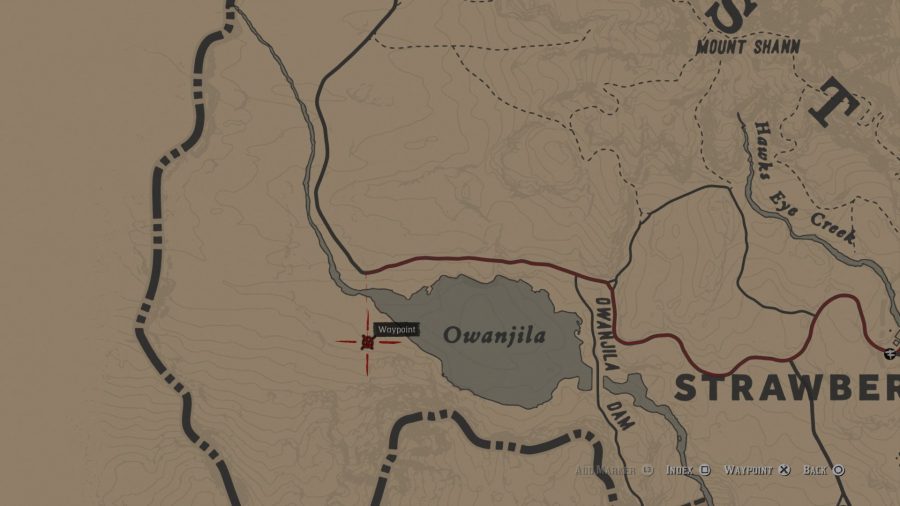 Faces in the trees

Make your way to Owanjila in Big Valley once more and then look around the trees on the western side of the lake. You’ll find yourself face to face with a few trees that have had angry-looking faces carved into them. Rumour is these are the faces of famous characters from the first game, but they don’t all seem 100% recognisable. 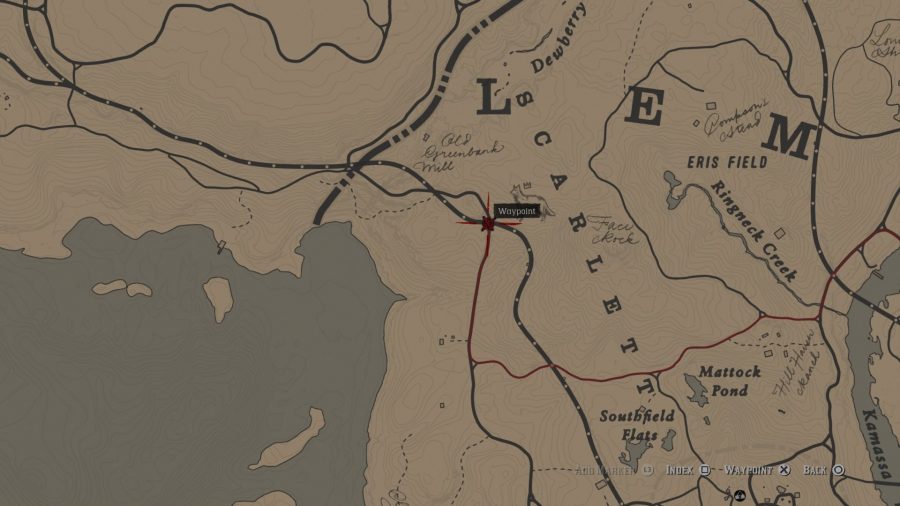 A classic that will probably outlive all of us, the legend of ghostly trains, ships, or unicycles are a staple in so many ghost stories. You can find Red Dead Redemption 2’s version of this tucked away on the tracks in Lemoyne, north of Rhodes. It has to be at night though; ghost trains are very shy during the day. 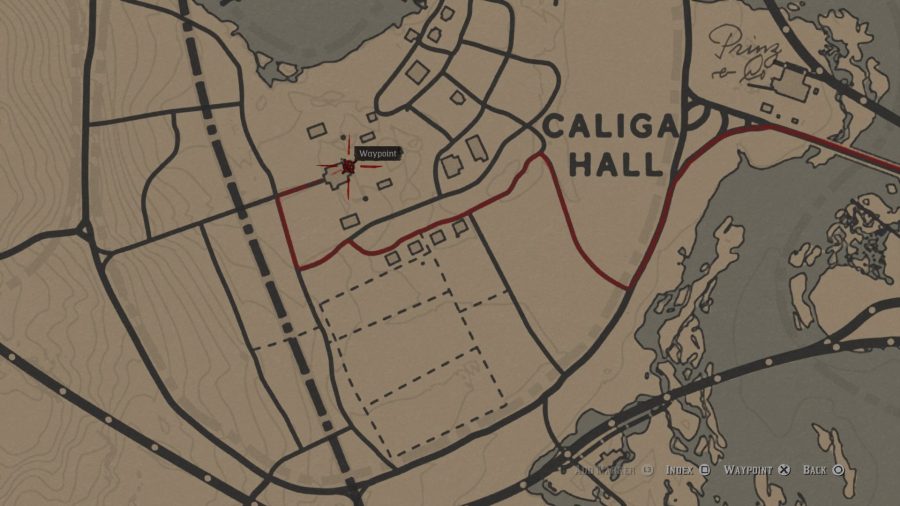 In a shocking twist that absolutely everyone saw coming, the Gray family have their own secrets to hide. If you head around the back of Caliga Hall, you’ll find a letter on a table. Have a read of it to find out just what kind of people you’ve been dealing with. You’ll need to have actually finished the Gray missions in Chapter 3 first though, so it’s probably worth coming back for in Chapter 4. 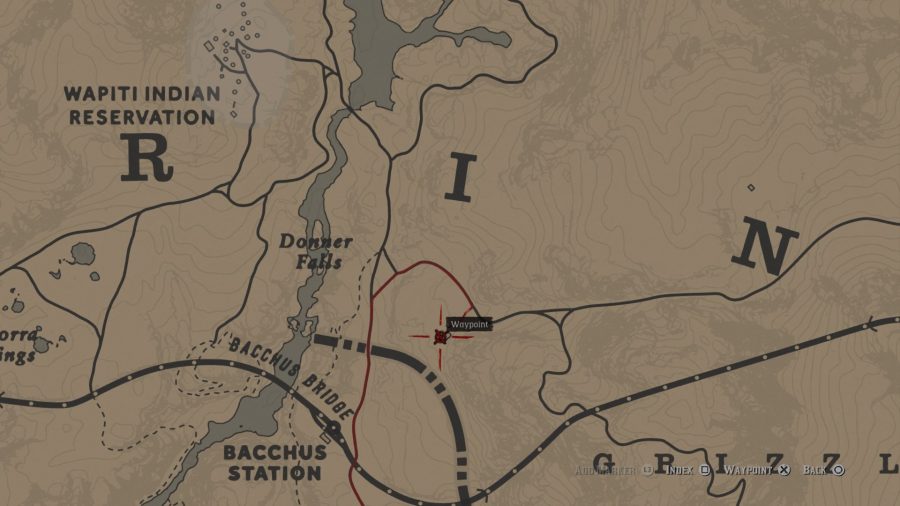 You can find a not-so-subtle reference to the classic Tolkien tales in the form of a little Hobbit house tucked away in the hills in Grizzlies East. Make your way north of Bacchus Bridge on the eastern side, and you’ll be able to spot this little abode blending in wonderfully with the rest of the hillside. It’s a lovely little reference that will probably be your favourite if you’re a fantasy fan. 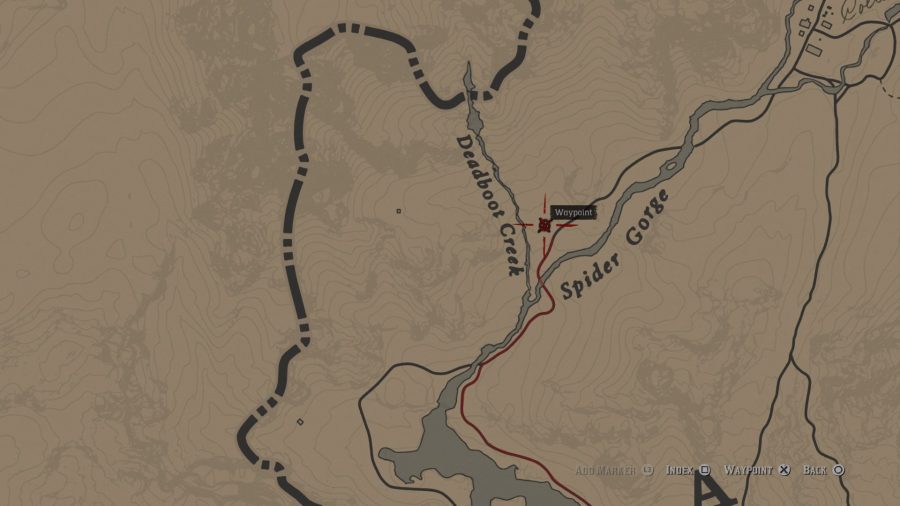 This one is perhaps the most likely of the Red Dead Redemption 2 easter eggs. Just north of where Deadboot Creek and Spider Gorge meet is a snowy area that house the bones of a long-dead mammoth. This is actually a reference to the discovery of a five-pound tooth back in 1705 that is generally considered to have ignited a fascination with fossils that continues to this day. Don’t say you can’t learn anything from games. 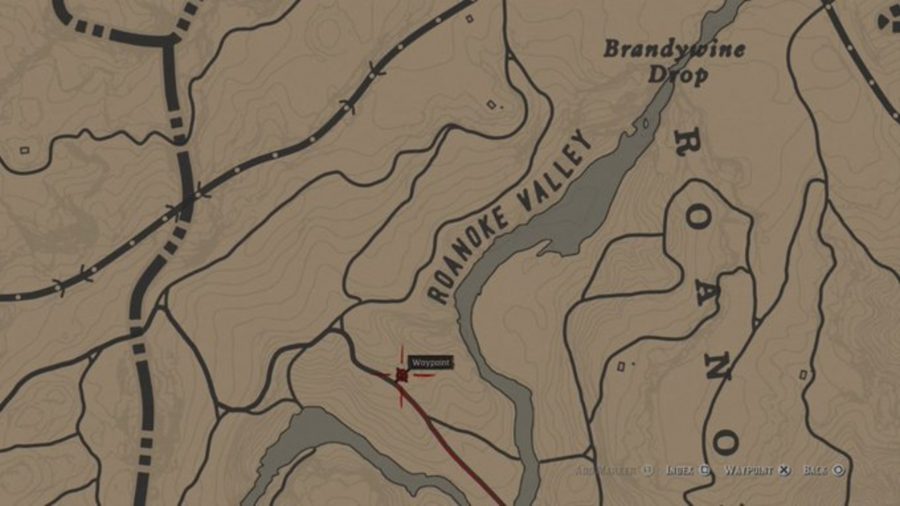 Back to the historical now and heading to Roanoke Valley in New Hanover. You can find a strange old tomb to the west of Deer Cottage. The tomb itself is sunken into the earth and contains a few more bones than seems healthy. If you look around, you’ll be able to grab yourself a Viking Hatchet and even an Ancient Viking Comb, too. For more finds like this, you can check out our RDR2 weapons and rare weapons guide. 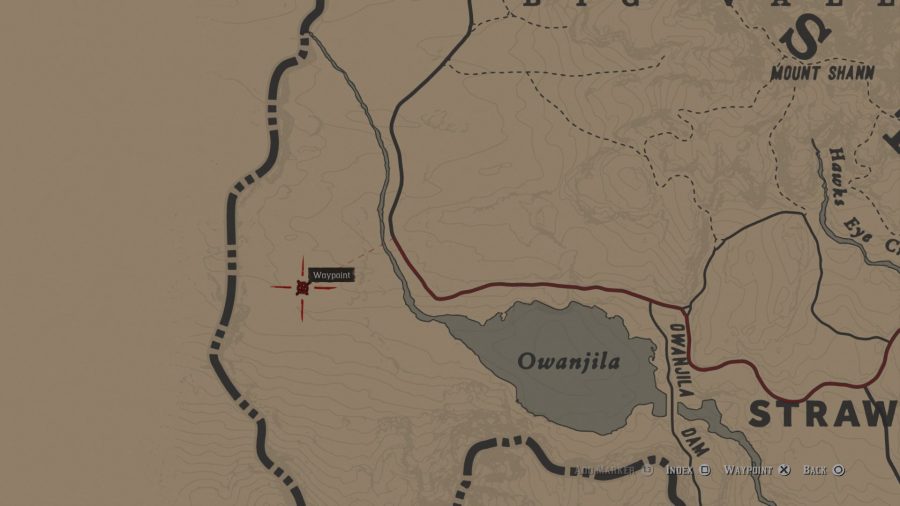 This may well be the creepiest one of all the Red Dead Redemption 2 easter eggs. Head north-west of Owanjila to find an open area that appears to have been the place of a dark ritual. There are some stones, some chalk drawings on the ground, oh, and half a torso on a spike. It’s not a pretty image, but if you really want to, you can take its mask and wear it. 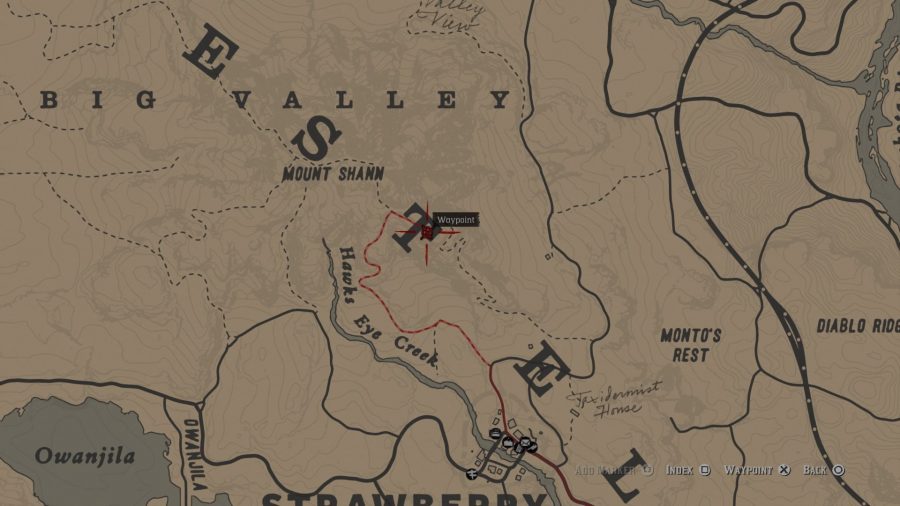 There are a lot of bones on this list, but this is a reference to countless rumours about other Rockstar games. If you head to Mount Shann, which is north of Strawberry, you’ll be able to find a very large skeleton. Most people think this is probably a Sasquatch, though some call it Big Foot – Rockstar has often popped a secret Sasquatch into its games, so this is no surprise. 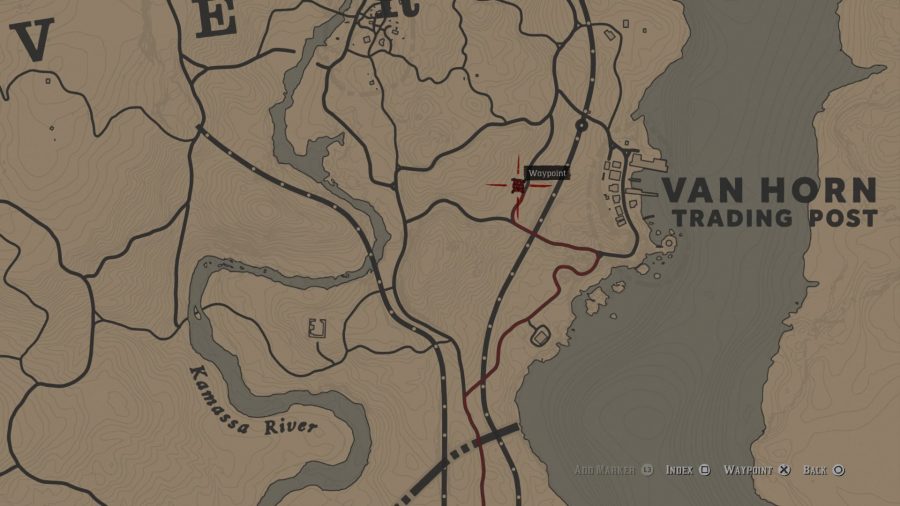 Head west from the Van Horn Trading Post, and you’ll come to a small building. Go on inside to be greeted with the sight of a horrific monster that appears to have been cobbled together from different animal parts. It isn’t pretty, but maybe it just wants a hug? Seriously though, don’t hug the monster. 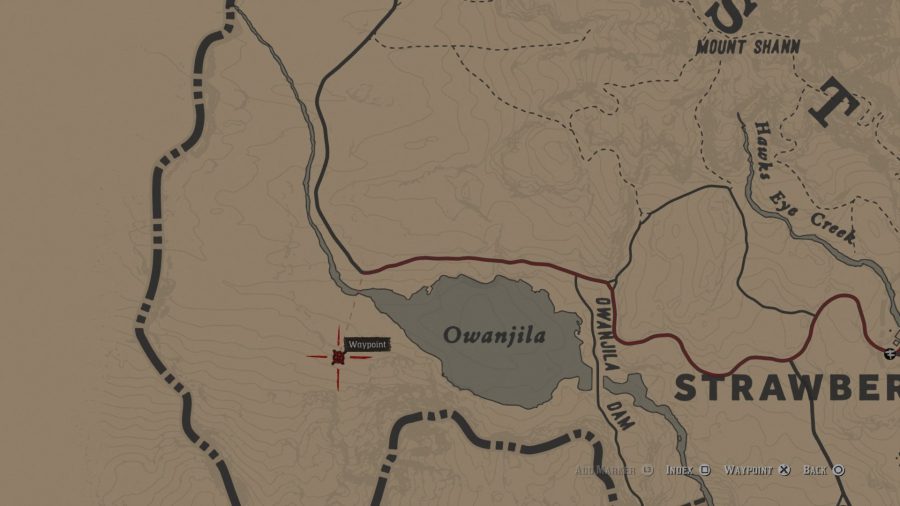 Finally, you can find another long-dead animal in the form of some whale bones to the west of Owanjila. They’re simply sitting half-covered on a hillside waiting to be found. Does that mean this whole area used to be part of the sea? Not so much spooky as it is a potential nod to the constant movement of landmasses – very niche reference, that. 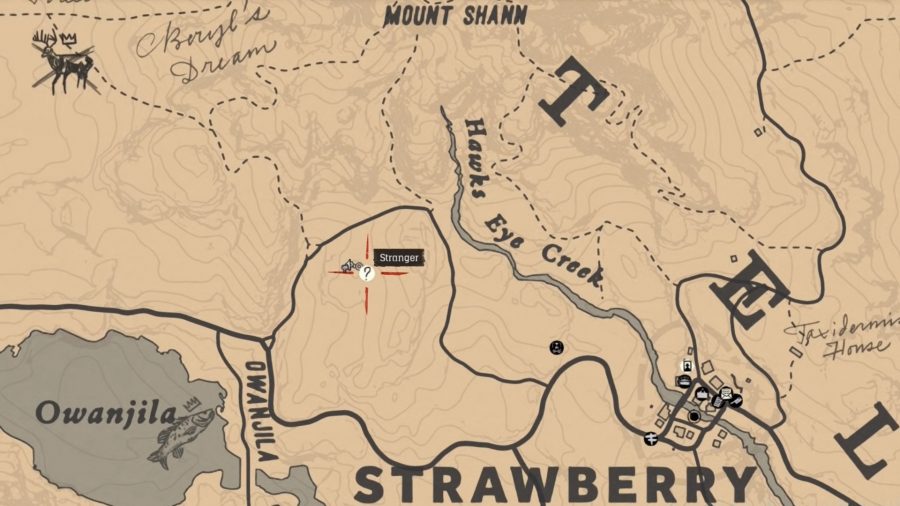 The quest giver for the rock carvings mission bears an astonishing resemblance to Kraff, the deity worshipped by the Epsilon Program from GTA V. In particular, pay attention to what he’s wearing and the birthmark on his face. Follow the quest to the end and you’ll meet his mother holding the baby of Francis Sinclair… a pretty obvious time-traveller situation. 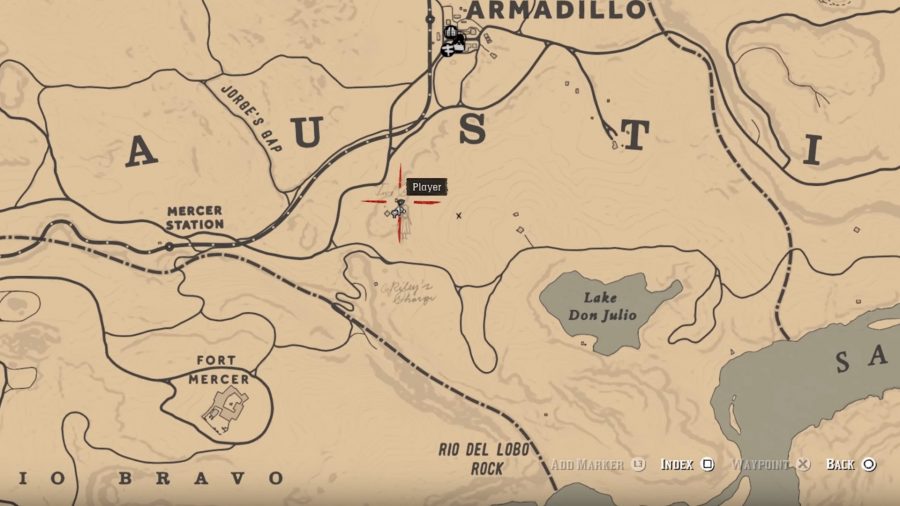 A little south of Armadillo there are some burnt houses. Here you’ll find a woman who was working a mill until her death, except her face is a donkey’s skull. This is a reference to an incredible glitch in the first game. 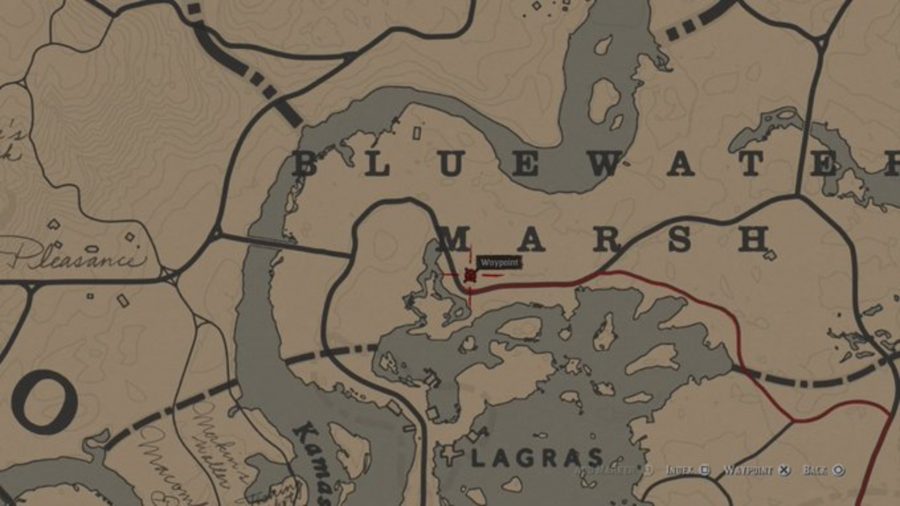 This is one that is both a reference to the last game as well as a potential teaser for what’s to come. To catch you up, the Night Folk are essentially zombies and were introduced in Undead Nightmare back in the OG Red Dead Redemption.

While there are a few potential teases to them in the game, the most obvious is the one found in Bluewater Marsh at night at around 2:00 am. If you journey around at this time, you’ll see a strange woman on the floor crying. If you go and try and talk to her she’ll lash out; it’s at this point that you’ll need to watch your back because there will be a horde of zombies coming for you. Spoopy.