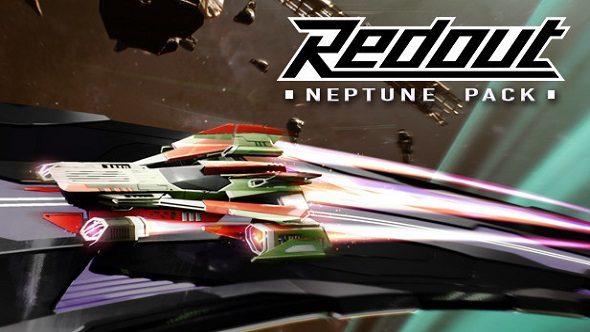 Speed demons will be pleased, as developer 34BigThings have released the 1.2.0 patch for anti-gravity racer Redout. Along with various bug fixes and balance changes, this update brings with it Redout’s Neptune DLC and the long-awaited addition of local split-screen.

Got the need for speed? Our list of top PC racing games should sort you out.

Set on the planet Neptune, this first DLC pack adds five new tracks, a boss track and a brand new racing team called BURAN. Named after the “first Soviet programme for reusable spacecrafts”, BURAN ships are known for going very fast and surviving a lot of punishment. If you’re one for crashing into walls at high speed, BURAN may be the team for you.

For those who prefer offline multiplayer, patch 1.2.0 at last adds local two-player split-screen to Redout. Instead of talking smack in the post-game lobby, you can now stare your opponent dead in the face at your run them off the track or steal first place from right under their nose. Just don’t be too much of a sore winner, you wouldn’t want a controller flying at top speeds through your monitor.

Besides these additions, patch 1.2.0 significantly overhauls both Redout’s performance and lightning. Thanks to the 4.15 update to the Unreal Engine, 34BigThings have managed to optimize 60% of Redout’s codebase and greatly improve its lighting engine, making for a faster and more vibrant-looking racing game.

For the entire list of balance changes, which includes improvements to some tracks and an overhaul of many of Redout’s powerups, make sure to check out this post on its Steam page.