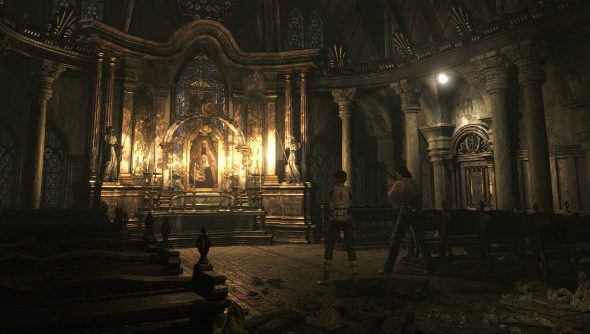 Resident Evil, as a series, sure has had its ups and downs, but if there’s one thing that’s stayed consistent, it’s that Capcom never stops making them, even for a moment, even if that means remaking the old ones. Hot on the heels of Resident Evil HD Remaster is Resident Evil 0 HD Remaster, a remake of the 2002 prequel.

It was announced last month, but Capcom didn’t show any of the remake off. A trailer’s finally appeared, though, and you can see how it’s shaping up below.

I barely remember 0 at all, because I’d bounced off the series until Resident Evil 4 recaptured my interest. I remember the train. And zombies! And that’s about it.

The original was a GameCube exclusive, so the remake will be the first time it graces PC. Did any of you lovely lot play the GameCube version? Good enough to play again on PC?

Resident Evil 0 HD Remaster is due out early next year.