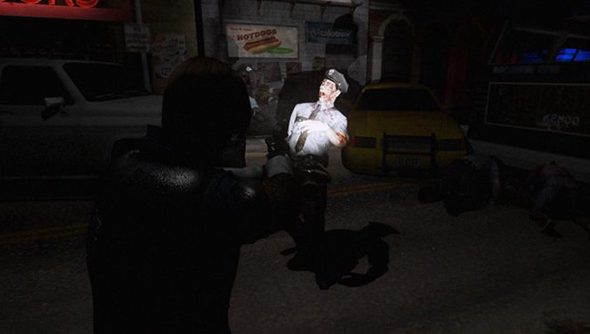 In the ‘90s, umbrella corp Capcom incubated Resident Evil – an unstoppable survival horror virus that spilled out of its original home on the PlayStation and infected the genre for a generation. But at some stage, the infection was contained. By its fifth iteration, Resident Evil was a sanitised, homogenous shooter that discarded much of the weirdness that defined its forebears.

It was a mistake that made room for The Evil Within, a remake of the original game released in January, and now fuels enthusiasm for Resident Evil 2 Reborn – an Unreal Engine 4 recreation built by an Italian software house branching out into games.

As is customary for an unofficial remake, InvaderGames are working on Reborn for free. But this is no evenings and weekends project held together by Skype and strong coffee – the team have an office near Rome, and number around 20 staff.

“We are a real indie software house so we don’t work in our spare time,” says PR and business developer Michele Giannone. “We are developing other games, but we also want to make Reborn for us and for the fans. We love the Resident Evil series and above all the second chapter.”

The studio are working on Reborn alongside three other projects that pay for its development. Which begs the question: how can they possibly justify the time on it? Giannone points to the “worldwide resonance” a Resident Evil remake offers them. She has a point: the project has prompted a flurry of press this summer, and here we are now talking about it.

“It is a challenge for us,” she says, “and also a way to improve our skills and prepare for a future game.” 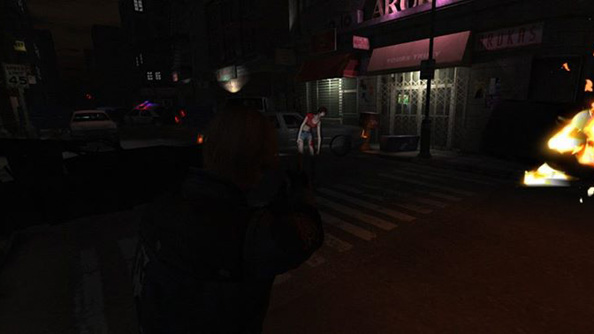 Invader began work in Unity, but later switched to Unreal Engine 4 for its lighting, textures and performance.

“It’s not easy to use,” notes Giannone. “[But] the game can grow up in a better way – as you can see with our trailers.”

The team initially pulled from the assets of Wii prequel Resident Evil: The Darkside Chronicles, but soon found that every area of Resident Evil 2 needed to be rebuilt from scratch – “from the street to the Raccoon City Police Department”.

“We think that it’s a ‘90’s icon,” says Giannone of the sequel’s particular appeal. “It’s the perfect evolution of the first game – plot, location, features: all perfect. We loved the chaos in the city. We loved the smells of ‘90s horror style, and we are trying to bring it back to the present in our version of the game.”

As Invader have picked it apart, they’ve learned about the game’s subtler successes too – its city map, zombie AI, and use of fixed cameras.

“But we had to rethink all from zero,” points out Giannone. “Now we are focused on [getting] our touch [into] the game and making it different.” 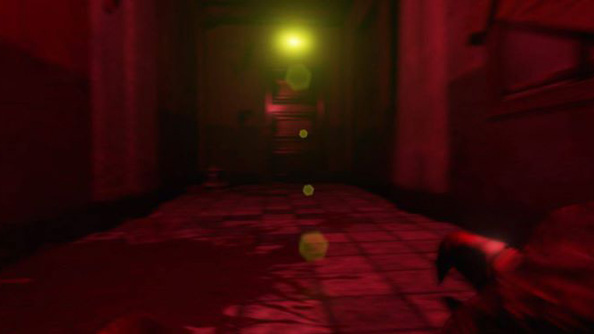 The studio plan to retain the original’s locations, characters, enemies and atmosphere – but are adding their own visual and sound scripts, and hoping the game will be scarier for it. And they’re not so dismissive as to throw out everything that Capcom have introduced since Resident Evil’s fourth chapter.

The changes that are most likely to have Resident Evil fans acting like the infected are to the control scheme. Players have argued for years over the precise but finicky nature of piloting the series’ protagonists – and some have suggested that its flaws contribute to the horror. But Invader want Reborn to feel contemporary.

“We love the old system, with the tank controls and the fixed camera angles,” Giannone elaborates. “But it’s an old way to make a videogame, even if we really love it. We love the new camera behind the character’s shoulder, and we think that it could be used for survival horror and not just action games or similar. We need to modernise some mechanics.”

Invader’s determination to distinguish Reborn from Capcom’s original might prove to be the wisest course. Last week, the publishers’ R&D Division 1 took to Facebook and asked, nonchalantly, what their fans would think of a Resident Evil 2 remake. And a day later, Resident Evil HD producer Yoshiaki Hirabayashi revealed that he’d already pitched the concept to his boss. 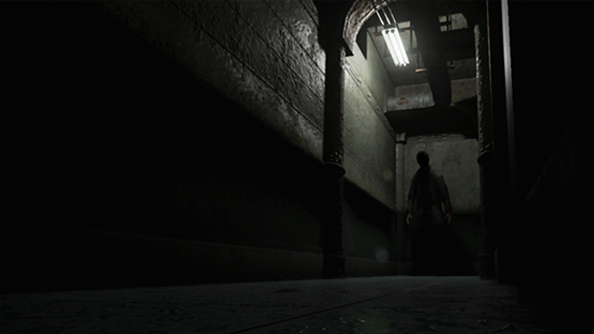 It’s cataclysmic news for the Reborn team, obviously. But development continues, and on the surface at least, they appear unshaken. They half-expected this.

“We are really happy [about] this news,” says Giannone. “We always knew that Capcom could make a original remake of the game, but we would go on with our work. [We] will see.

“A lot of people want fixed cameras. But we won’t make a simple remake – we want to impress our creativity into this game. To realise a new game, on the base of a masterpiece like RE2, is a real challenge. And we want to take it.”

In this sponsored series, we’re looking at how game developers are taking advantage of Unreal Engine 4 to create a new generation of PC games. With thanks to Epic Games and InvaderGames.