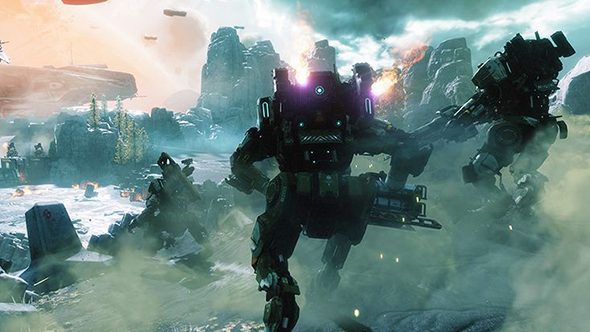 We may not see much of Respawn’s new games at E3 this year, but we will see something. EA Play tomorrow will host a “juicy little tidbit” on one of Respawn’s projects, according to CEO Vince Zampella. That means you can expect something, but maybe you shouldn’t expect to see a whole lot.

Zampella says via Twitter that “we aren’t ready to talk about all of the wonderful things in the works Respawn yet,” but they will be saying something about one of their three projects during the show. EA Play begins at 11:00 PDT / 14:00 EDT / 19:00 BST on Saturday, June 9. Officially, EA says the conference will host “Battlefield V, Anthem, some of your favorite EA Sports games – and a few surprises as well,” and the latter point might just cover whatever Respawn’s talking about.

With E3 (basically) starting tomorrow, you’ll want to stay up-to-date on all the upcoming PC games.

So what’s Respawn working on? We know they’ve got a Star Wars game set to release sometime before March 2020, and Zampella’s use of the word “force” in his tweet has set speculation rampant that this has to be what they’ll be showing. That logic seems like a bit of a stretch to me, but there’s still a good chance we’ll hear something about the Star Wars game regardless.

Respawn’s other confirmed project is a VR war game in partnership with Oculus. We don’t much about this one, but given VR’s diminishing presence in the hearts and minds of gamers, it seems an unlikely fit for EA’s big show, much less as a precious tease from Zampella beforehand.

But, we figured out a juicy little tidbit to mention about 1 of the 3 projects tomorrow at #EAPlay2018 (@andrearene threatened to force something out of me).

That leaves us with Titanfall. A third entry in the series is desperately desired by the fans of the previous games, and given the critical reception to Titanfall 2 a new sequel seems inevitable, even with its game’s disappointing sales numbers.

Regardless of how much Respawn shows, EA Play will host two major games, with more gameplay details coming on both Anthem and Battlefield V at the show. It’ll also serve as the unofficial kickoff to E3 2018, so we’re in for a long, exciting week ahead.