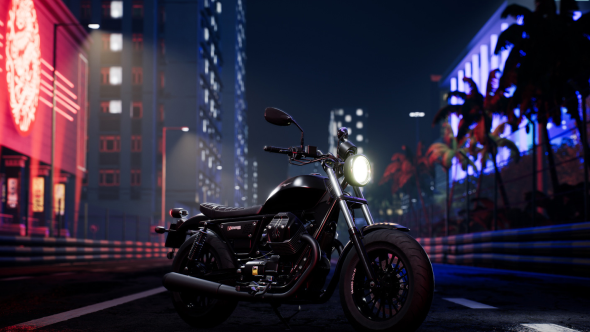 Milan developer Milestone are long-established purveyors of authentic motorbike simulation, on the tarmacked tracks of MotoGP and over muddy jumps in MXGP. Their Ride series, however, is different – a tribute to motorbike culture that goes wide as well as deep. In fact they describe Ride 3 as the ultimate motorbike encyclopedia, flitting from countryside to city, GPs to Supermoto, windy roads to down-the-line drag races.

Like any good encyclopedia it’s comprehensive, comprising more than 230 bikes, 30 tracks, and 500 or so customisable bike parts. But when you’re offering everything, something is going to cause you problems. One of Ride 3’s new features, for instance, is a livery editor – a bid to provide creative control over the look of every bike that was troublesome during development.

Some kinds of freedom have come easier, though – like the night racing enabled by a switch to Unreal Engine 4.

Ride 3 is out in November – for now, here are the best racing games on PC. 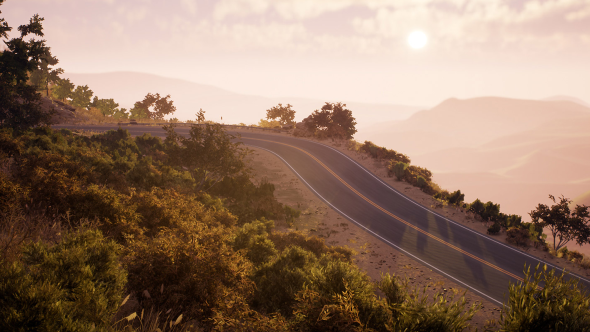 In a forward rendering engine’s pipeline, lighting calculations have to be performed on every vertex and fragment in a scene – the bits of code that define how your graphics card renders lights.

That doesn’t matter so much during the day, when you have just one big light source – better known as the sun. But in a city night race, the streets are lined with lamps, and every bike has its own headlights. That’s a huge increase in light sources, with dramatic knock-on effects for performance. As you can imagine, those effects aren’t good ones.

“When you have street legal bikes with headlights moving around at night, no way you can do it in our old engine,” Caletti says.

Thankfully, Ride 3 runs on Unreal Engine 4, which supplies deferred rendering instead. Deferred rendering shunts the lighting calculations further along the pipeline, reducing the total fragment count before the engine does the maths. That might not sound like a particularly tangible change, but for Ride 3, it means that night races are suddenly viable. 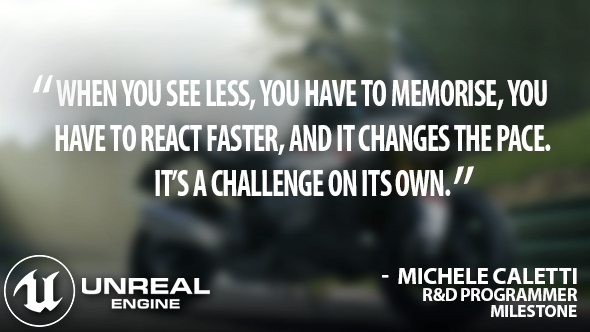 “Now that we have Unreal, it can very easily take multiple lights,” Caletti says. “So you can unleash the ideas and start thinking about what you can do in different situations.”

Milestone haven’t gone wild with fairy lights and fireworks – they’re governed by their good sense and simulationist drive for authenticity.

“You still have to blend between what you can do, and the reality and visibility of what you’re doing,” Caletti explains. “In Gran Turismo you could race at night in cars with no headlights. We’ve got to think about what to do in different situations that make sense.”

Racing at night alters the atmosphere, of course, infusing Ride 3 with the illicit thrill of speeding through the dark. But it also alters the way you play.

“It’s something we explored already in Gravel,” Caletti says. “When you see less, you have to memorise, you have to react faster, and it changes the pace. It’s a challenge on its own, and that’s why it’s interesting – it changes perspectives on things you think you know very well.”

The trouble with stickers 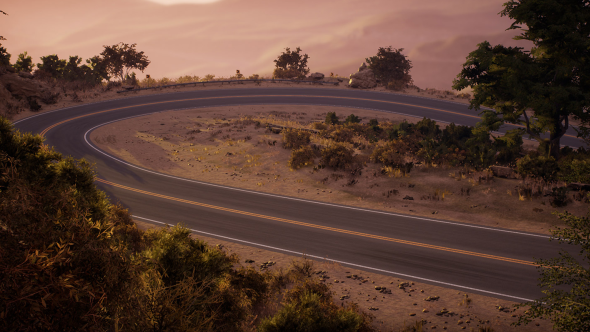 Beyond the mechanical customisation that allows for pimped-out engines and modified transmissions, Ride 3 has new aesthetic options in the form of a livery editor. You can transform the look of a bike with stickers and the like, and then share the results online. It’s a system with precedent elsewhere in the genre.

“We’ve been looking, admittedly, to the best editors around, in Forza and Gran Turismo,” Caletti says, “trying to capture the possibilities we can have in our editor and take the best of the two.”

Cars tend to have large, smooth surfaces, perfect for displaying artwork and messages. But motorbikes are an altogether different prospect, made up of tight curves and exposed machinery.

For that reason, Milestone have tuned their tools to make liveries simple and intuitive to apply. “You can do very, very complex liveries, but you have to be able to do something quickly,” Caletti says. “Usability here is the key word.”

No tribute to bike culture would be complete without the aesthetic touch. And like any good encyclopedia, Ride 3 comes with plenty of good pictures.

Ride 3 is coming to the PC on November 8th. Unreal Engine 4 is now free.