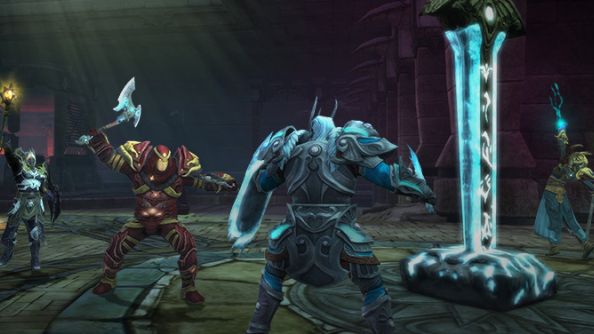 Suddenly the wikis are incomplete – the unknown has reentered Rift. The ginormous MMO has this last week grown even larger, reestablishing contact with the cursed grasslands that had drifted away from Telara decades ago. And wandering around this new zone are new people: players answering the call of the Primalist, reliant on fury and cunning to take down their enemies.

Into The Wilds is Rift’s biggest update since launch, and has left a strange, primeval feel in the air. What better way to explore these unmapped lands than on a new mount, wielding a new-look weapon?

Each of the 10,000 gift packs we’re giving away constitutes a random planar squirrel mount for a single character on your account, plus one nightmare weapon skin, and a dose of Overcompensating Crystallized Insight – a one-shot boost of a million Planar Attunement XP.

Just perform one of the actions in the widget below, and we’ll fire out a code. 10,000 sounds like a lot, but they’re first-come-first-served – so once they’re gone, they’re gone. And if you head to our Facebook page, be sure to Like and follow us for more giveaways in the future.

Once you’ve got your code, you’ll want to take it to the redemption page on the Trion store. There’s no rush, but the keys will expire on December 31st – in case you were planning to see in the new year from the Planetouched Wilds.

Last important thing to note: the items are limited to one account per user. And that’s it! Enjoy your exploration alongside Brambletail, or Flametail, or Rivertail, or whoever your extra-planar squirrel turns out to be.