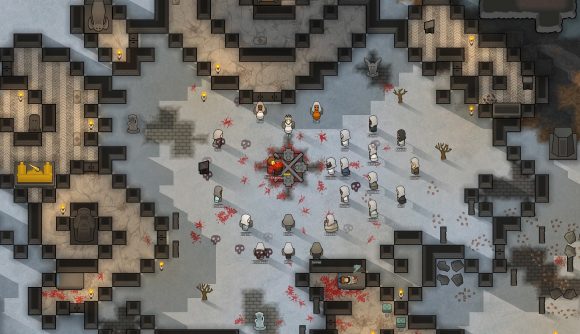 Updates to frontier survival game Rimworld have been few and far between since the last big update in August last year, which introduced a touch of intergalactic royalty with the, er, Royalty expansion. Now developer Ludeon is gearing up for another major patch and expansion, this time themed around ideologies.

The 1.3 patch will bring over a year’s worth of improvements to the colony building management game, such as a dedicated ‘pens-and-fences’ system for domesticated animals, a rework of the faction goodwill system, and enemies will now use smarter tactics to breach your colony defences. Colonists even have beards now. The free update isn’t officially out yet, but you can already consult the full changelog here. There is a beta version of the new patch available right now, via the ‘1.3 preview’ Steam beta branch.

The Ideology expansion looks to deepen the role-playing potential for Rimworld by offering dedicated mechanics for wide range of things people do with their games. Ludeon has heard all sorts, from minimalist nomads to cannibals, and now it wants to reward these inspired stories by creating mechanics-backed belief systems.

“You can play as tree-worshipping cannibals who carve skulls into every piece of furniture,” Ludeon states in the official announcement post, “or blind tunnelers who shun the light, or transhumanists obsessed with perfecting the human form using exotic technology. Or be nudists.” 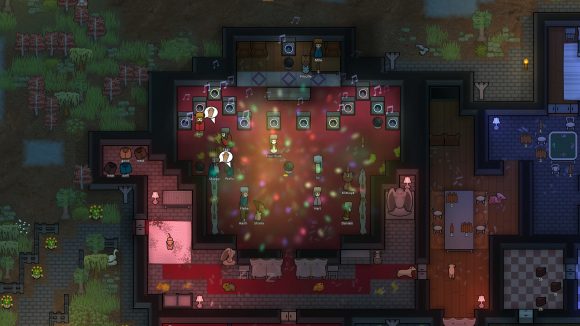 Beliefs will be highly customisable, and come with new quest-type content and other game interactions that rewards players with sticking with their colony’s beliefs. Everything is reported to be very mod-friendly as well, so we can’t wait to see what the Rimworld mod scene makes of it.

There’s no timeframe on the final release of the 1.3 update or the Ideology expansion just yet, only that they’ll be coming “soon”.