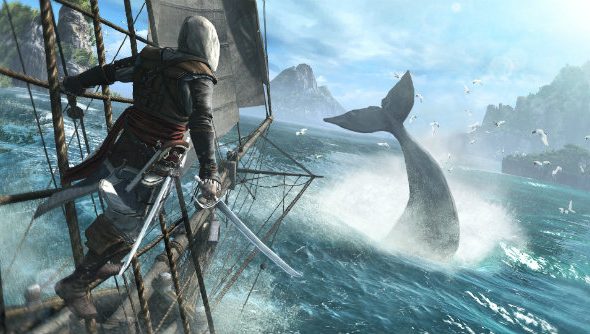 Videogame piracy has been experiencing choppy waters these past few weeks and it’s been difficult to keep track of its course.

Instead of nicking games, why not work your way through our picks of the best free games on PC.

Chinese pirate group 3DM – an outfit considered to be the frontrunners of cracking Denuvo anti-tamper software – recently pledged to halt their operations for a year, instead focusing on localisation, to see how it affects legitimate videogame sales. This announcement has since led to speculation that Denuvo was proving too difficult for 3DM to crack, prompting 3DM to find an excuse and back out of piracy gracefully.

In a bid to disprove the rumours, 3DM have just announced they’re on the verge of cracking the latest Denuvo, meaning Rise of the Tomb Raider, Just Cause 3 and FIFA 16 could be on their way to torrent sites.

“3DM will soon announce that we have a solution to the latest Denuvo encryption used on games including ‘FIFA 16’, ‘Just Cause 3’, and ‘Tomb Raider: The Rise’,” 3DM leader Bird Sister just announced, via TorrentFreak. “We [made this announcement] because a lot of players believe we have abandoned cracking due to technical problems, but we will prove it is not the case. We have not yet been stumped [by protection measures].”

How these will be distributed exactly isn’t clear at the moment, but Bird Sister concludes with: “Of course, this will not be a high-profile or official 3DM release.”

We recently spoke to Denuvo about their anti-piracy protection, which they openly admit isn’t uncrackable, saying”we do not position our Anti-Tamper solution as uncrackable, only hard to crack.” The aim is to give publishers and developers some breathing room, so there isn’t a pirated version of games available during their first few crucial days on sale, when legitimate sales are at their highest.

The breathing room enjoyed by Rise of the Tomb Raider and Just Cause 3 has been particularly lengthy but, if 3DM’s recent comments have substance, it might not be long now.