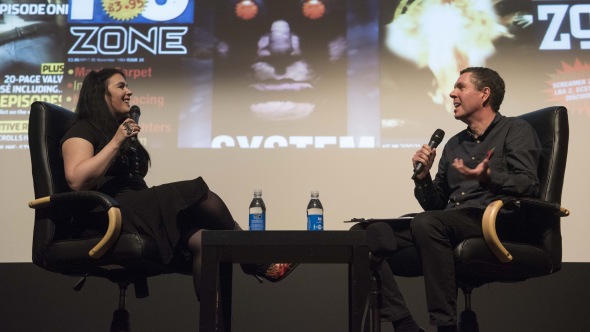 There was a moment, Rhianna remembers, when none of the people who had employed her to work on the Thief reboot were left.

“They had gone different ways,” she says. “And I was like, ‘I don’t know what to do anymore’. The reason I don’t really talk about it is that I loved the Thief games and really wish things had turned out differently. I actually actively pursued working on it – we had great ideas at the start, and then it was a real development hell project.”

Working on tie-in comics has proved cathartic. Everything Pratchett would have liked to put into Mirror’s Edge went into a DC series instead, which recast the City as a shining parasite embedded in slumland. And she’s had a similarly good time writing comics for Tomb Raider, dressing Lara Croft as Elizabeth Bennett to fight bad guys on the London Underground (“Which I would not have got away with in the game.”).

Is she ever tempted to make a wholesale leap into another medium, where she might be offered more control?

“I’m doing more work in film and TV at the moment,” says Pratchett. “[In other mediums] you get feedback from people who are super smart when it comes to storytelling, and it’s not about what movie they happen to have seen the night before and how they would like you to change the story so it fits that.”

“Games have had their hooks into me for a long time, and there is a certain amount of masochistic challenge around writing for them I think.”

The Tomb Raider series had its hooks in Pratchett for years, from its humanising reboot in 2013 right up until her departure to pursue “new adventures”just this week.

When she first arrived on the reboot, about a year into its development, Crystal Dynamics already had the spine of a story and a few character bios. And by release, the team had successfully modernised one of gaming’s most dated mascots. But development wasn’t without its trials. 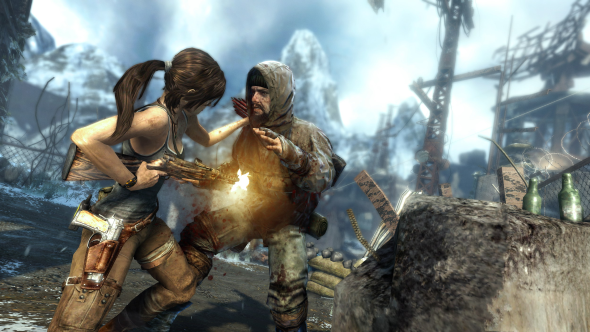 One persistent criticism of 2013 Tomb Raider has been Lara’s speedy transformation from regretful first-time killer to mass murderer. Pratchett remembers Lara’s first kill as being one of the areas where the writing team “lost battles”.

“Narrative wanted a more gradual build-up between first kill and lots of kills,” she says. “Gameplay wanted there to be more action – you’ve given the player a gun, therefore you get things to use the gun on.

“I think Narrative knew that we were going to get dinged for that. We probably would have fought even harder in hindsight and found different ways to deal with that situation. That’s the big challenge of game writing: you have no control over the actions of your character.”

What the writing team didn’t foresee was that Lara’s first kill would cause controversy long before Tomb Raider’s release. The scene, in which Lara murders in self-defence after being cornered by a predatory scavenger, was interpreted as an attempted rape by both viewers of an early trailer and aproducer on the project. 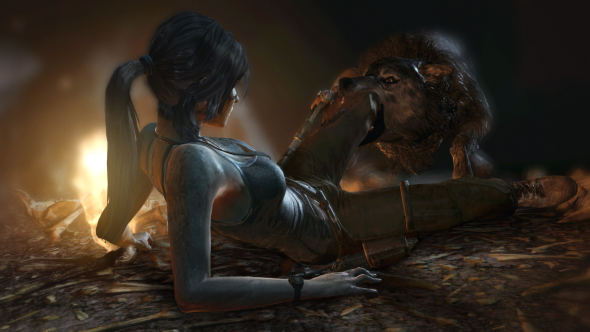 Crystal Dynamics quickly released a statement to say that sexual assault was “categorically not a theme” of the game – but the condemnation continued in opinion pieces. Pratchett’s involvement had yet to be announced, and she was frustrated to see her story misconstrued.

“I don’t think we expected it at all,” she says. “Once you play it in context, it makes a lot of sense and isn’t her ‘bitten by a radioactive spider’ moment. This isn’t when she turns into a tomb raider – this is when she happens to have to deliberately kill a human being for the first time.”

Once Pratchett was announced as a writer, however, Crystal Dynamics gave her the space to talk about player concerns.

“It felt like an important debate to have, because it felt like a scene that would not have caused controversy in any other medium,” she notes. “This is an 18-rated game, and you could probably see worse in a soap opera. 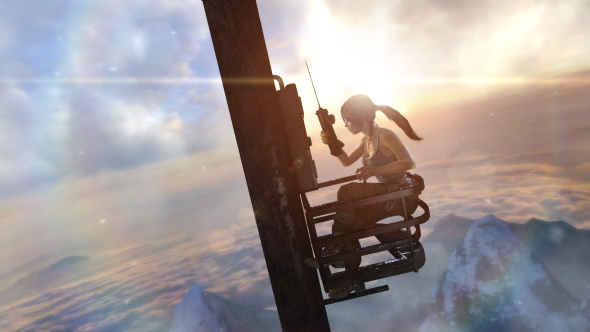 “We talk about the wider media pointing at videogames and saying, ‘They’re killing our kids’. But that’s exactly what [the games press] did to Tomb Raider. They didn’t have context, they just decided what this scene meant. And I thought, ‘If you can’t even hang back and wait for the whole game rather than pointing fingers, then we’re never going to get that respect from the wider media.’”

For the sequel, scriptwriting was opened up to the dev team for feedback far earlier, in an effort to draw mechanics and character development more tightly together. And in February, Rise of the Tomb Raider won a Writers Guild of America Award for Outstanding Achievement in Videogame Writing.

More recently, Pratchett has found herself in the unusual position of witnessing both sides of a reboot – participating in two, for Tomb Raider and Thief, while having her work rewritten for Mirror’s Edge Catalyst.

“There’s certainly a part of me that wishes we could have held the thing together and gone on to do a sequel, as I was told was the original plan,” she reflects on Catalyst. “But I suspect the fact that I was vocal about some of the things that happened to the story late in development probably did not put me on EA’s Christmas list. They knew very well how hard I’d worked on it, so it was obviously a deliberate choice not to bring me back. 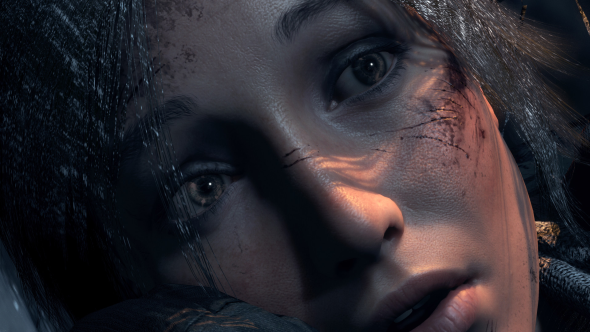 “I would have liked to have a chance to broaden out the world and rectify some of the issues we had with the first game. But I’m really glad that I got the opportunity to work on it, because I think it does stand out for originality and for having characters moving through the world and not just shooting people in the face.”

It’s important to note that, while much of our conversation with Pratchett is dominated by problems with past projects, she never comes across as bitter. Rather, she has a journalist’s ability to step back and give her own work the postmortem it deserves. It’s this unerring knack for vocalising the persistent issues with games writing that has made her a regular at speaking events, and a figurehead for positive change in the industry.

The greatest testament to Rhianna Pratchett’s love for games is that she is still here. Though her experience patching up neglected stories has led her to write ‘narrative paramedic’ on her business card, the same appreciation that drove her to draw maps with dad and type up glowing assessments of Divine Divinity always bubbles to the surface.

“Every time I go to visit a developer there’s part of me that always feels like a journalist,” she gushes. “Like I’m there to interview people, and I get all full of squee that I’m allowed into the inner sanctum.”

Look here to find the first part of our Rhianna Pratchett interview. With thanks to Yorkshire Games Festival.