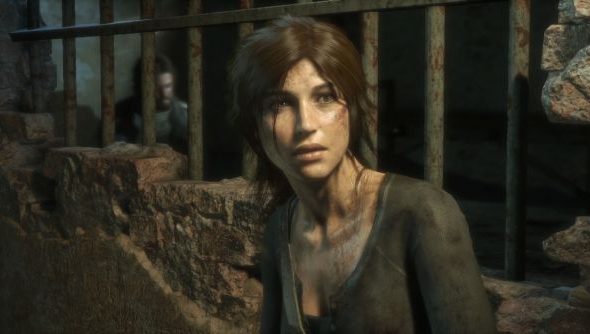 Remember when Lara killed the deer and was really upset about it and apologised? Well, screw all that because now there’s an evil secret society/private military corporation out to get her, so neckstabbings aplenty. Rise of the Tomb Raider was shown off at the just-finished Xbox media briefing at Gamescom and though it was sitting under an exclusive banner we knew that was all lies. A pair of trailers gave us a glimpse into what we’ll be getting up to with Lara in early 2016.

Here’s the first trailer, giving an action-packed overview of all the climbing, falling and barely surviving Lara will have to contend with this time:

At least it looks like you’ll actually be raiding tombs this time around. They were my favourite part of the first game, which I actually enjoyed enough to 100%. It wasn’t god’s gift to video games but everything it did worked – fun combat, fun stealth, good shoots, nice set pieces. I’ll happily play another, especially if it mostly goes down like this longer gameplay trailer:

The base camp section matches my memory of the first game, but might be a little more complicated. These “Trinity” lads seem to be the mysterious force hunting Lara. She was quite the murderess by the end of the first game, but I don’t remember any double headshots or poison gas. I’m not really complaining – more tools are fun – but still find it funny how quickly Lara’s gone from gap yah archealogist to stone cold killer.

It’s hitting Xbox One ‘this Holiday’ but we’ll get our PC mitts on it – likely with a GOTY edition DLC bundle type thing – some time in 2016.