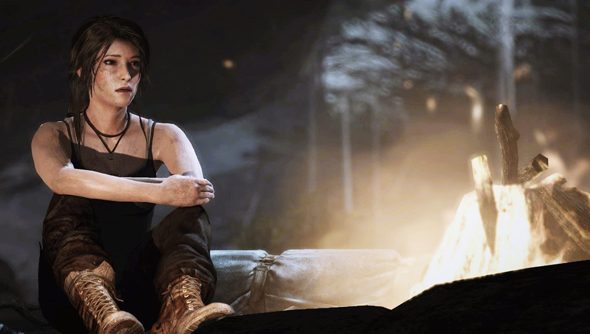 At GamesCom this month we learned that the Rise of the Tomb Raider on PC was to be unceremoniously halted. Metaphorically speaking, Lara has been left fuming on a knackered pneumatic lift, unable to take to the PC stage until after the game is released on Xbox next Christmas.

Crystal Dynamics were left to handle community fallout, and Microsoft to clarify the terms of the deal. Square Enix had remained schtum, but after two weeks of fan clamour have now published an FAQ on the subject.

“We did not make this decision lightly,” said the publisher. “Our goal is to build the best game that we possibly can, and our relationship with Microsoft will help us realize our vision for the game.”

Squeenix asked themselves a series of searching questions, through which we discover that they are “aware of the franchise history with PlayStation and on PC”. They know that when you think of ‘90s Lara, your mind fills in the trappings of either Sony’s grey console or a nice, big boxy PC with a CRT monitor.

“We have a long history with Microsoft and they have been a very strong supporter of the franchise,” said Square Enix. “They will help us grow and nurture the Tomb Raider franchise more than ever before.”

The publisher confirmed again that the Xbox exclusivity “has a duration”, and that we can expect a PC release in the future – but cagily added: “We aren’t discussing details of the deal, and are focused on delivering a great game on Xbox One and Xbox 360.”

They did take the time to apologise for previous “indirect language” over the timed nature of the deal, however.

“We certainly didn’t intend to cause any confusion with the announcement,” said the publisher. “The Microsoft Gamescom stage was a great place to make the initial announcement, but not necessarily to go into details.”

Microsoft, for their part, think the Xbox deal will be good for Tomb Raider. Also for them, obvs.

Do you think you can wait?