It was the best-selling game of 1997 – but even among those with a taste for peculiar point-and-clicks, Riven has always been overshadowed by the game in its subtitle: Myst.

Riven was overlooked by Cyan when it came to remaking their adventures in the ‘00s, and recently relegated to second place in Google results by a League of Legends champion. But fans haven’t forgotten. They’ve spent the last five years fleshing out the still frames of its sprawling mechanical mystery in full 3D.

Myst returned the player again and again to a tiny artificial island; Riven set them free across five islands of a craggy Pacific paradise. It mixed the tropical with the Victorian – augmenting its environments with domed machines activated by cranks and levers. 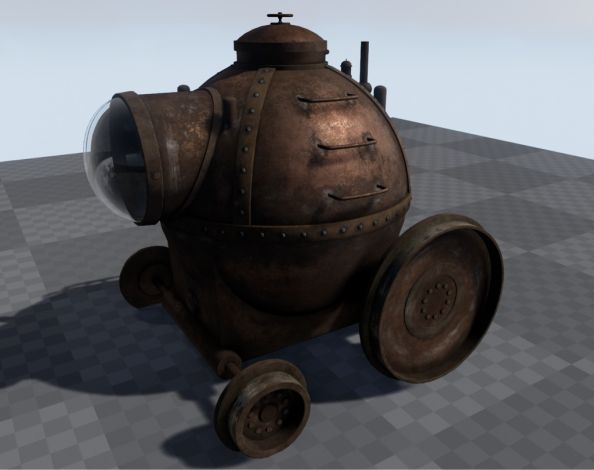 Seen today, there’s something of BioShock in its unmanned rail networks and submarine sequences – and a little of Lost in its codes and ticking apparatus of unexplained function. But where Lost was an ensemble piece, Riven left us almost entirely alone.

“It’s always uncertain what lies around the next corner,” said programmer and coordinator Philip Peterson. “I think that kind of creepy ‘sense of the unknown’ ambience is what strikes a chord for me.”

The Starry Expanse team rave about Riven’s production art and use of colour. Cyan had recruited Richard Vander Wende, whose experience at Industrial Light & Magic and on Disney’s Aladdin introduced a cinematic influence to Riven’s world.

“It not only made you want to be there,” said Merijn Hijmans, “it somehow tricked you into badly wanting to believe that maybe it could exist in reality.” 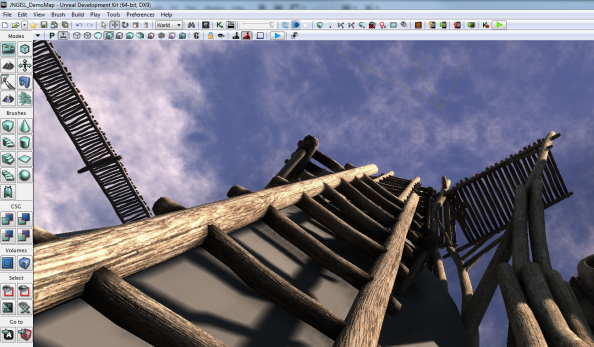 The project sometimes known as realRiven began in 2009. Peterson and Max ‘Zib Redlektab’ Batchelderwere casting around for something to build with then-new modding tools for Uru, Cyan’s last game in the series. They decided they would render Riven in real-time – filling the off-screen gaps just as Cyan had done for realMyst.

Starry Expanse has since grown from high school fantasy to serious prospect. Peterson and Zib have shifted from art to direction, and recruited production designers, computer scientists and professional game developers – all working in their spare time.

“Starry Expanse is sort of like a mega-hobby for most of us,” said the team. “It’s what we work on when we’re not getting paid to do other things.”

“Team members come and go, but as time moves on the quality of our art continues to climb,” added Peterson. 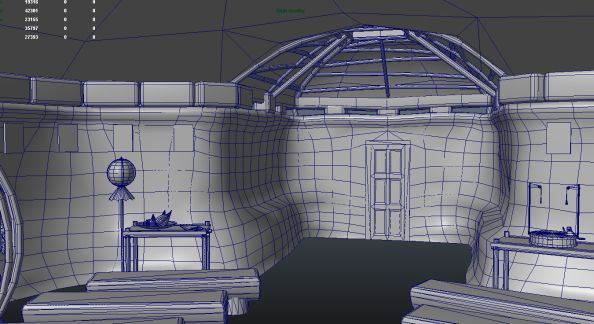 The team have long since learned not to make promises about when the game will be done. They don’t know if eventual distribution agreements will leave them room to make money; software licenses and servers have been secured via the donations of “some of the most generous folks we’ve ever met”. Staying motivated across email and IRC, not to mention several time zones, has been a “constant battle”.

“It’s tough,” said the team. “Progress does tend to ebb and flow around other commitments.”

But they share unending enthusiasm for their work. While still fond of the framing in the original game’s ‘interactive slideshows’, they believe in 3D’s capacity to make players’ time with Riven more engaging and freeform. They’ve looked to The Vanishing of Ethan Carter and Dear Esther for contemporary inspiration, and BioShock and Metro 2033 for their ambience and environmental storytelling. 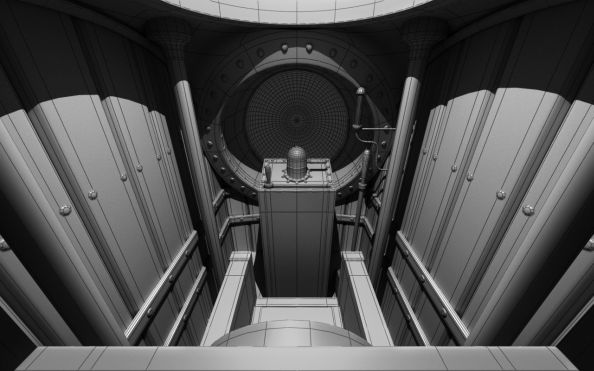 The ‘90s renders from Riven are too small and fuzzy to be reused, so the team rely heavily on a process they call ‘camera matching’ – analysing the original frames to triangulate objects and locations in the game. In areas where there simply aren’t enough angles, like the submarine, they make intelligent guesses as to what the missing bits would look like.

That’s when development is quickest – when Starry Expanse’s artists are pulling from their own imagination. It’s much tougher when they’re piecing together existing environments – some of which turn out to be geometrically impossible. Thankfully, the team are well-trained in solving obscure puzzles.

The in-game conundrums will be kept as they were – despite the series’ reputation for being uncooperative.

“There are definitely people who feel like the puzzles of Riven don’t translate well, even for the original audience,” said the team. “As difficult as Riven is, we see it as a masterpiece.” 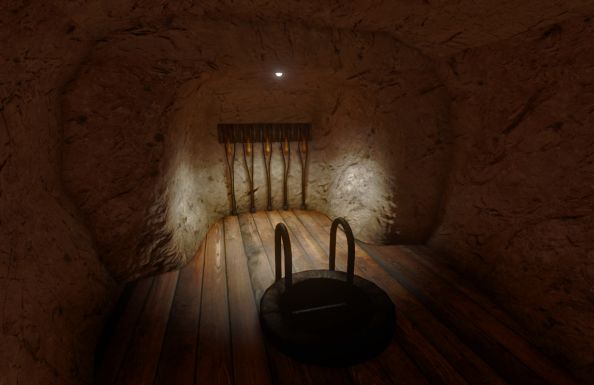 Since starting out with Uru’s tools, Peterson, Zib and co. have experimented with a few engines – eventually settling on Unreal 4, because they feel it’s “one of the first engines that can efficiently emulate the graphical fidelity of the original Riven in real-time”.

Epic’s visual scripting tool, Blueprint, has allowed them to build quick prototypes and translate them into C++ later. And the problems they’ve had with getting water to behave the way they’d like should be solvable via a spot of “engine hacking” – doable thanks to access to UE4’s source code.

It’s really coming along. Cyan – who have been nothing but “open, supporting and honest” – had the Starry Expanse team present their latest work to a huge audience of Myst fans at last year’s Mysterium gathering in Washington.

“A pretty frequent positive reaction we’ve gotten is in response to the maglev rides between the islands,” said Zib. “These were some of the most visually impressive and exciting parts of the original game, and we’re eager to make them even more jaw-dropping in the remake.”

After their most productive year on the project yet, the team can look back on their work with pride – especially Jungle Island, home to an abandoned village and the heart of Riven’s forgotten culture.

“The whole village scene absolutely enthralling to see,” said Peterson. “We knew Jungle Island was going to be a monstrous task, so we decided to tackle it as one of the first areas, and it sure couldn’t have paid off any more. The level of detail and accuracy to the original that’s shaping up there is really astounding, and I can’t wait to see it in its final state.”

Riven might not win back its search engine spot from LoL anytime soon – but as Starry Expanse, it can at least occupy the same decade.

In this sponsored series, we’re looking at how game developers are taking advantage of Unreal Engine 4 to create a new generation of PC games. With thanks to Epic Games and the Starry Expanse team.