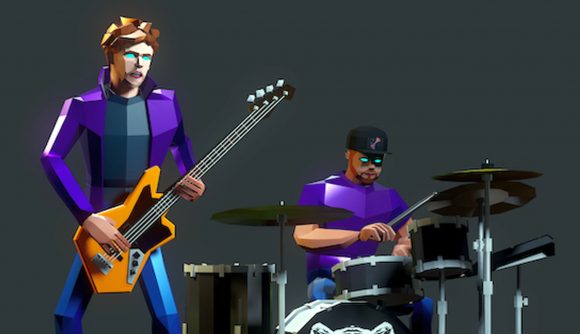 Roblox, the enormously popular gaming platform, will be playing host to the UK-based rock duo Royal Blood at its 2021 Bloxy Awards show. The event, which is an annual celebration of the game’s enormous playerbase and its creativity, will be taking place virtually, with the band’s performance marking its half-time slot.

This year’s Bloxy Awards (the eighth so far) kick off on March 27 at 7pm GMT / 3pm ET / 12pm PT, and you can tune in via the Roblox platform. During its virtual concert at the event, Royal Blood will be playing a three-song set, including the first ever live performance of its new single ‘Limbo’. The band’s set will take place in a “space-themed concert venue,” developer Roblox Corporation announces in a press release, which is just part of the spectacle that the platform will see on the big day.

The awards show will take virtual concert-goers through “four distinct environments on a voyage across the Roblox Metaverse,” with each of these experiences spotlighting multiple award category winners, and Royal Blood’s concert slotting into the midway point.

“We are thrilled to perform virtually in front of the Roblox community,” says Royal Blood’s Mike Kerr and Ben Thatcher. “This promises to be a real cosmic experience. Strap yourselves in – we look forward to seeing you there.” 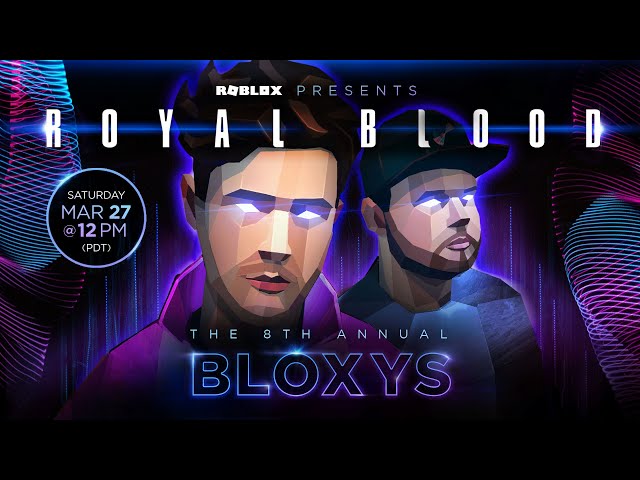 If you’re not able to catch the live show, you’ll have plenty other opportunities to do so – after its premiere at the times listed above, the show will replay every hour between March 27 and April 6 in Roblox’s Bloxy Awards experience. Plus, ten days after the live event, a full recording will go up on YouTube, so you won’t even need to own Roblox to catch the concert if you’re a Royal Blood fan – you’ll just need to wait a tad.

“The creativity of the Roblox community powers the experiences on our platform, and the social connections players make while sharing these experiences are deeply enriched by music,” says VP and global head of music for Roblox Jon Vlassopulos. “We’re thrilled to host Royal Blood as we celebrate the talent of our creators with the greater Roblox community in this immersive, out-of-this-world Metaverse experience.”

Out of the millions of experiences and creators on Roblox, a final set of nominees for the 8th Annual #BloxyAwards has been chosen.

Mark your calendars and get ready for the premiere on March 27th, 12PM PDT 🏆 https://t.co/bSeg7UjzGB pic.twitter.com/TTCNooEOIq

You can head to Roblox’s site here to check out the full rundown of nominees and show details ahead of the event.