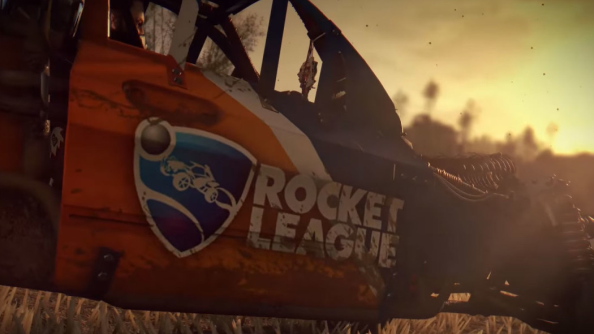 Rev, rev against the dying of the light. The Following’s biggest draw is its dune buggies, and that’s a strong enough point of commonality to justify crossover with the liveliest buggy sim on the PC: Rocket League.

Like to live your life on four wheels? These are the best driving games on PC.

Psyonix have come up with a zombie apocalypse-themed paint job fit for Rocket League, which you can attach to any of your arena vehicles. And Techland have done the same for Dying Light – you can unlock a Rocket League-themed buggy with the code ‘LightMyRocket’ on their site’s redemption page.

“Rocket League’s continuing success helped us foster some really awesome partnerships for Psyonix, so when Techland reached out to us we thought being included in a AAA title like Dying Light made a whole lot of sense for both communities,” said laudably transparent Psyonix social media marketing manager Kyle Lemmon.

“Because both games offer great driving fun,” added producer Tymon Smektala, “we thought, ‘Why not just partner up and give fans of both games some unique stuff?’”

We’re still expecting a basketball-ish mode for Rocket League. Named RocketLeagueHoops, it’s likely to appear as part of this month’s in-game “March Madness”. Are you still batting balls about in automobiles?