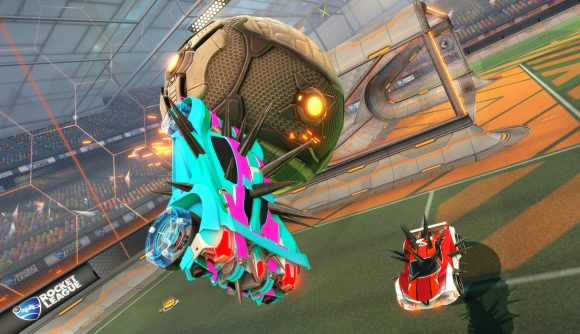 Now that Rocket League is landing on Epic Games’ home platform, we’re getting a crossover event to mark the occasion. There are things to do in Fortnite as DJ Slushii is doing a gig on the Party Royale stage, and Rocket League players are also getting some things to do to keep themselves busy.

As part of the crossover event, you can also get Fortnite-themed goodies in Rocket League if you complete Llama-Rama challenges. It’s not a one-way thing, however, as you can head over to Fortnite to snag Rocket League-themed stuff as part of the same set of challenges. Plenty to keep you busy then.

That’s not all that’s happening in the world of Rocket League, though. As we previously reported, the kick ’em up is going free-to-play in a Rocket League update September 23.

It’s worth noting that Rocket League will still be playable on Steam after the big switch up happens, but it won’t be available to download. So, if you want the game on Steam, you don’t have long left to grab it.