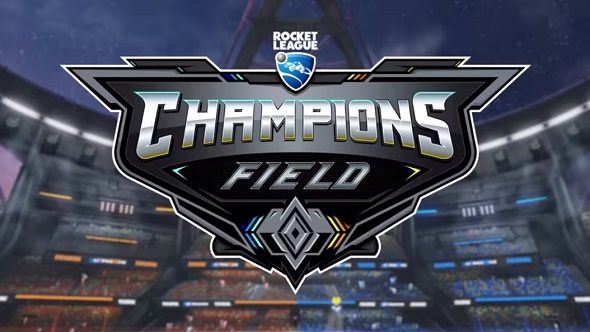 Psyonix are celebrating two years of Rocket League with the game’s big anniversary update, which is due to release on July 5. It’s getting an all-new track, fresh tunes, and a bunch of new customisation options.

Step up your game with our Rocket League tips and tricks.

The new arena is called Champions Field, featuring a modern, standard-size stadium that’s playable in all playlists. While you’re sitting in lobbies waiting to get into the new map, you’ll also be able to enjoy 18 new music tracks from record label Monstercat.

That’s not all, either. There will also be two new Import Battle-Cars – the Animus GP and the Centio V17. These vehicles will only be available in a special new loot box called an Overdrive Crate, for which you’ll need to buy keys for before praying to the RNG God.

If you get one of the new cars – or even if you don’t – you’ll also be able to upgrade them with a bunch of new customisation options, including Engine Audio, Goal Explosions, and Trails. Some will be free, and some will be stuffed in crates.

The update also marks the end of Season 4 and the start of Season 5 for competitive Rocket League. Have a watch of the trailer above.