Looking for Rocket League tips and tricks? The mechanical accuracy required in Rocket League makes it unlike any other action-sport game out there. As with any sport, there are many techniques that have been developed to make you hit harder, move faster, and win more. Since the game became free to play, the player base has grown massively, recently breaking one million concurrent players – and as the player numbers continue to multiply, we’re bound to see even more interest in Rocket League’s exciting competitive scene. There’s never been a better time to start improving your Rocket League skills – perhaps you could be the next player to show off in the community tournaments, or eventually maybe even make the jump to pro.

If you’re looking to top the leaderboard, here are nine of the easiest-to-learn Rocket League tips and techniques to take your game to the next level and help you climb the ranks in everyone’s favourite carball simulator. It should be noted, however, that even though these techniques are relatively simple to achieve, this is a high-level guide for experienced players. 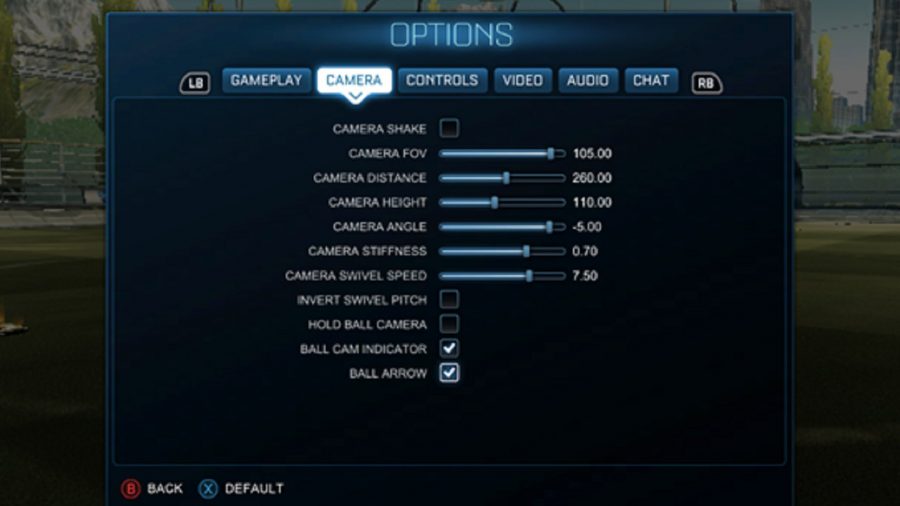 Camera settings in Rocket League are extremely important and very personal. The more aware you are of your position relative to the ball, walls, floor, opponents, or even the ceiling, dictates how capable you can become as a player. Play around with the settings on offer to find something that works for you.

If you have trouble hitting the exact point on the ball that you are looking for, reduce your camera distance so the ball is larger on your screen by the time you hit it. If your car moves around too much on the screen, reduce your stiffness. Want to see more when you flick your right stick? Increase your swivel speed. There are always plenty of wikis, fan sites, and other places to find your favourite player’s settings, and experiment with what works best for you. 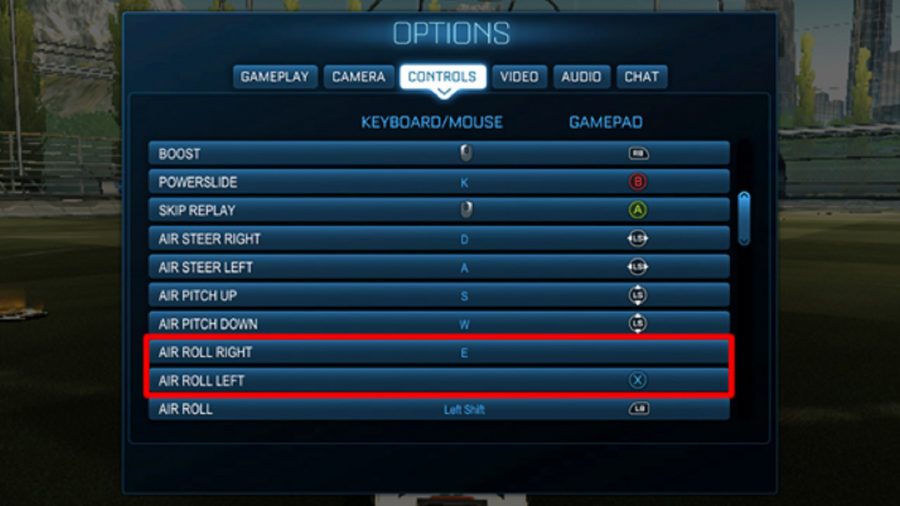 Rocket League has lots of controls and some aren’t even bound to the controller to begin with, such as air roll left and air roll right. Change these up so that you can be faster at making your car go where you want it to. But even if you go with the default controller setup, changing your boost to a different button that will let you trigger it with a different finger to the one you use to jump will make you faster at getting off the ground in almost all situations.

You should also find a convenient spot for ‘air roll left’ or ‘air roll right’ as that unlocks the ability to do the very scary – and nigh impossible to consistently achieve – tornado flick. That move is so advanced that this guide doesn’t even cover it… however, having that manoeuvrability to hand will allow you to achieve the next move in our tips list. 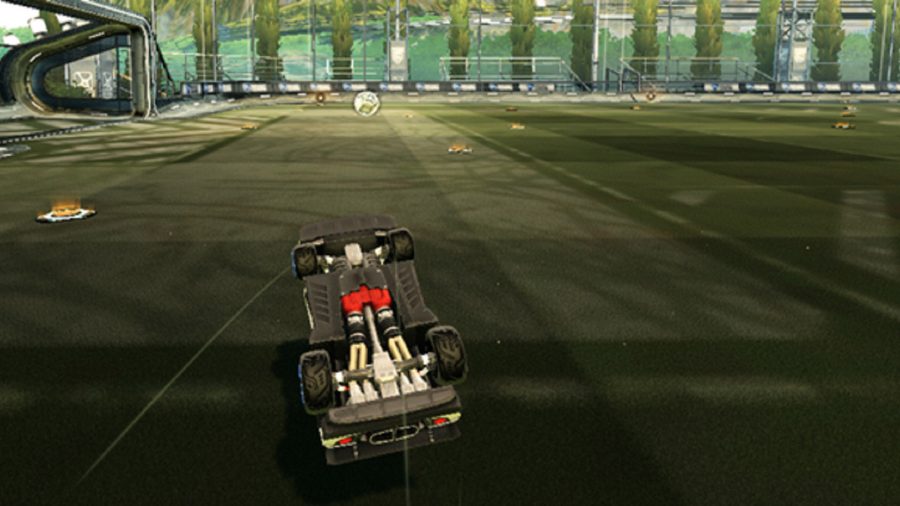 Get in position fast with the half-flip

The half-flip is an awesome recovery move. In Rocket League, you want your boost to be pointing in the direction you’re going all the time. It’s not always possible, but the half-flip quickly allows you to face the right way if you end up backwards.

This move takes advantage of an interesting mechanic called flip cancelling. When you dodge forwards or backwards, you can hold your analogue stick in the opposite direction to cancel the flip. So, if you hold forward at the exact moment you hit 180° through a backflip, you’re facing the opposite way and you can boost forward. The only problem is, your wheels are now pointing up, so you need to use air roll right/left to rotate the right way up as soon as you cancel – saving yourself from an awkward controller fumble. 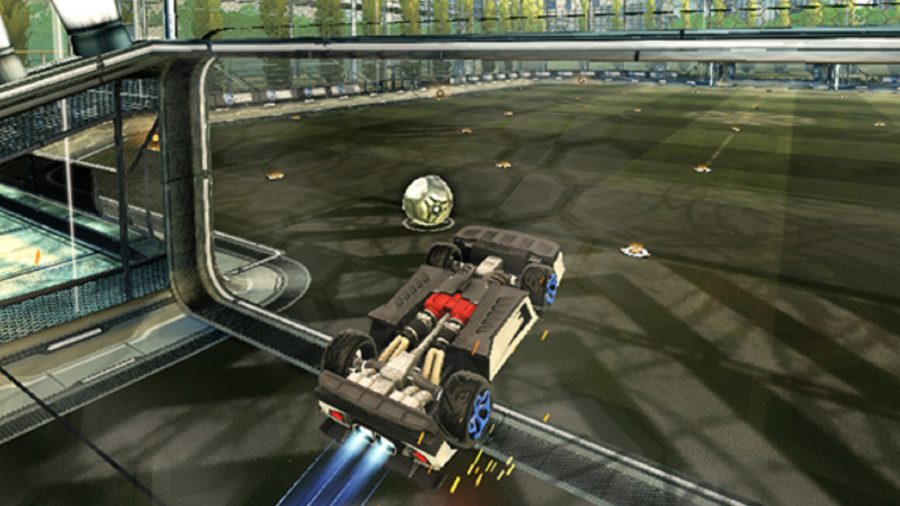 Use every surface, including the goal roof

Recovery is key in carball. You need to be able to get into position as fast as possible from any situation – flying into the back of one of the goals, for example. A lot of the time, the fastest way back out and into play is to boost through the bottom of the net, around the curve at the back, and onto the roof of the goal.

If you keep your momentum going, you’ll actually have a large window to dodge once you fly out the front (upside-down, of course), allowing you to dodge in the direction you need to go to get back into position. Alternatively, you can jump off the roof and have your normal dodge – this is beneficial because you get to the ground quicker thanks to the jump sending you down. 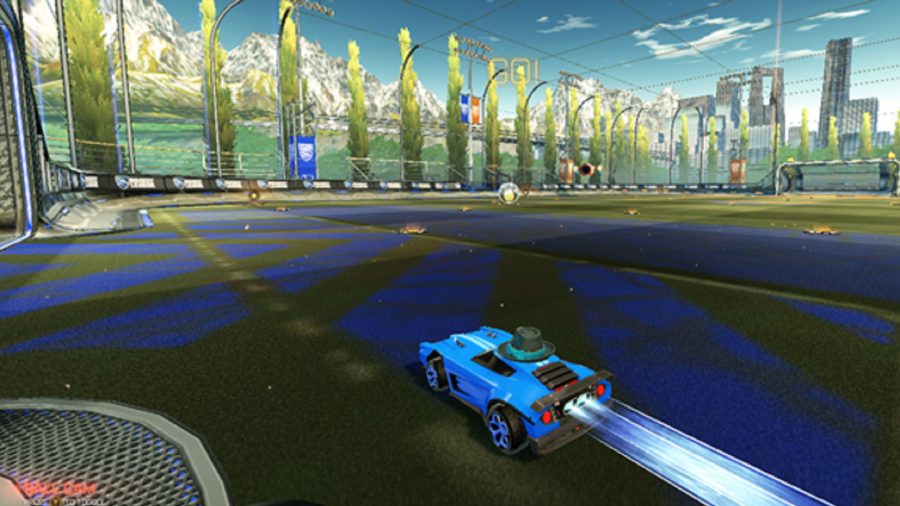 You can prevent yourself from flailing into the back of your own net by ensuring that you rotate into defence via your back post. This gives you a number of advantages. First, you probably picked up your corner boost or farmed about 36 boost from pads as you curved into position next to the post. Second, because the only way to get there is through your corner, you’ll have given yourself a great overview of the developing offensive play that your opponents are setting up. Third, you can now boost to every point of the goal making it much harder for opponents to get the ball past you. Finally, rotating in such a predictable way makes it easy for your team mates to fall in behind you as you go for the challenge, and allows your team to cycle through the goalkeeper role very efficiently. 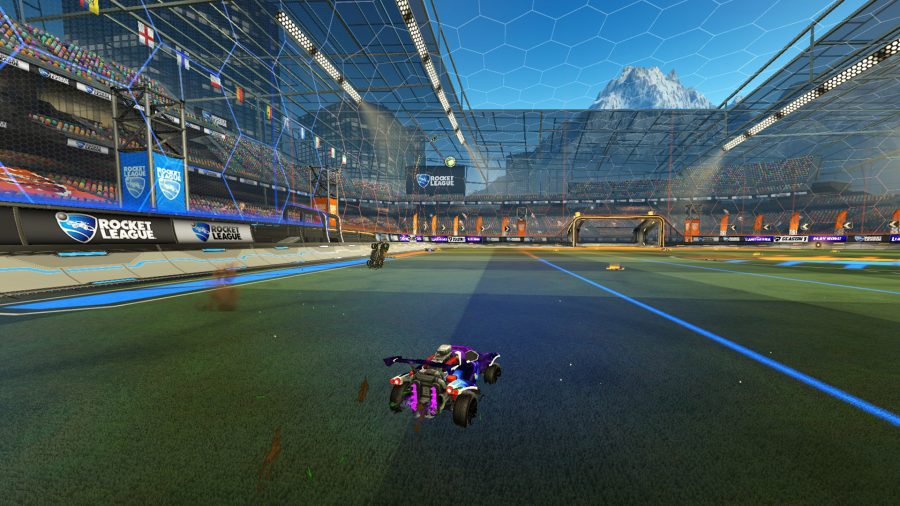 Hold back as last car

If you’re the furthest car back on your team, you are the last line of defense for your goal. As tempting as it might be to try and fly across the whole pitch for an epic aerial play, try and hold off on committing until you know for sure you’re beating the other team to the ball, and that your teammates in front of you aren’t going for the ball themselves. Double or triple committing is one of the biggest mistakes that newer players make, so be patient to avoid booping bumpers, even if your teammates won’t extend the favour. 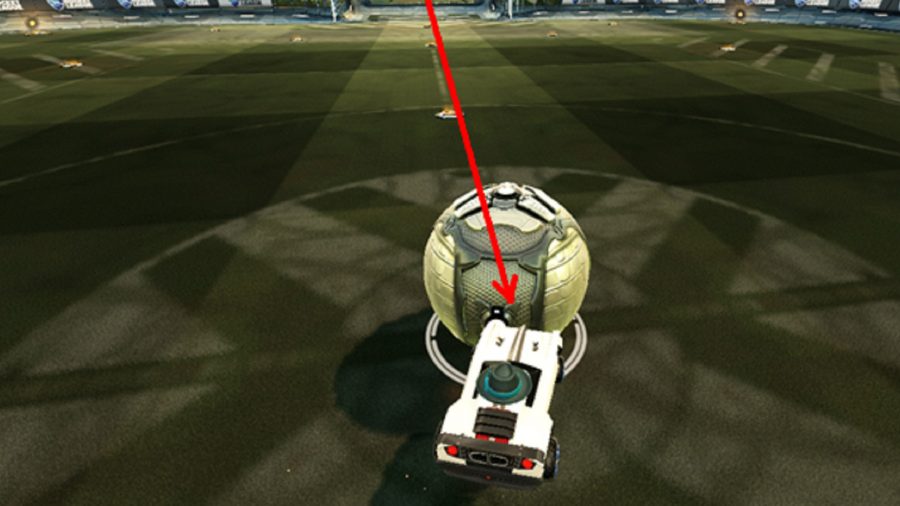 Kick offs can both prevent and cause goals in either direction very quickly, flipping the momentum of a game. There are a variety of kick offs in Rocket League, but it’s hard to beat a simple, rock-solid kick off – nothing fancy. The reason being it gives you a solid wall and stops the ball coming anywhere near your half.

Dominate your enemies: the best multiplayer games on PC

The key to this kick off is to meet the ball at the same time as your opponent but make sure your point of impact and momentum go straight through the centre of the ball. Draw an imaginary line from the centre of the goal, through the ball, and get the nose of your car on that line travelling into the ball. The only other thing is to try to hit dead centre vertically when you dodge into the ball. Do that and you’ll find you’ll very rarely lose the kick off meaning less goals against (and more goals for) your team. 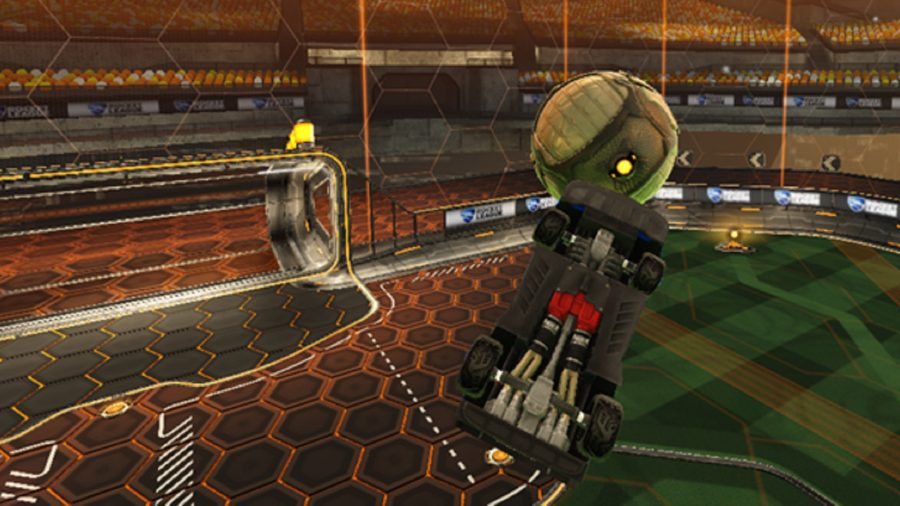 Your nose is one of the hardest hitting parts of your car because of the way Rocket League’s physics work, so you want to use it as much as possible.our back is actually just as powerful, but you can’t boost backwards, so the nose wins. The front corner bumper is technically the hardest, but requires a lot more precision, so stick with the nose until you’re comfortable. Use air roll to invert your car on high aerials, allowing you to hit the ball down at the car without any risk of getting the wheel touch that will slow the ball down and remove all your power.

You also want to use your nose for 50/50s as well. The reason the Octane 50s so well is because the nose is higher off the ground than the cars, making it easier to get the centre of the ball with the nose. Think of 50/50s as kick offs but with far more variables to track. 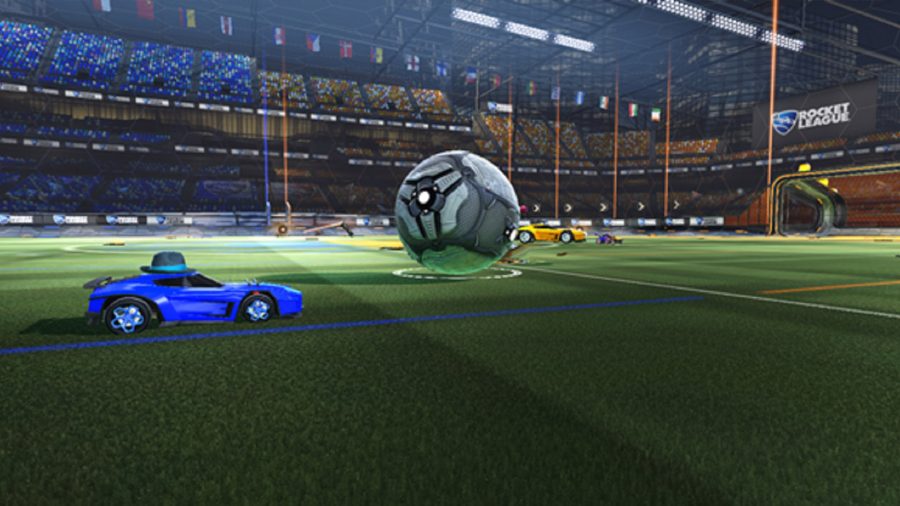 Sometimes, you don’t want to touch the ball

In a game where everyone wants to hit the ball, sometimes the most effective thing you can do is not touch it. The mind game is the ultimate Jebaited moment. You’re rushing to hit the ball, your opponent jumps to block, and… you stop. They fly past and you simply dribble the ball into the net spamming “What a save!” until they mute you. It’s almost too easy but there’s lots of room for creativity using backflips, powerslides, or even wavedashes – next time, maybe – to keep your opponent guessing wrong.

Time to equip a fancy new hat and put these Rocket League tips and tricks to practice on the court – you’ll be rising up the Rocket League ranks in no time. For a different kind of behind-the-wheel fun, why not try one of the best racing games on PC.