Following on from MLG hosting their first Rocket League tournament, the game’s popularity as an eSport looks to continue to grow with it rocket boosting onto UK company Gfinity‘s list of supported titles.

Gfinity is an online eSports hub with an international audience and has been active for over six years. With over 300,000 registered teams, this addition looks set to boost Rocket League’s already considerable eSports appeal.

Gfinity will be hosting a weekly, 3v3 cup on European servers. It’s all online, so players across both PC and PlayStation 4 are welcome. Each week, winners will receive £200, with £100 awarded to second place. 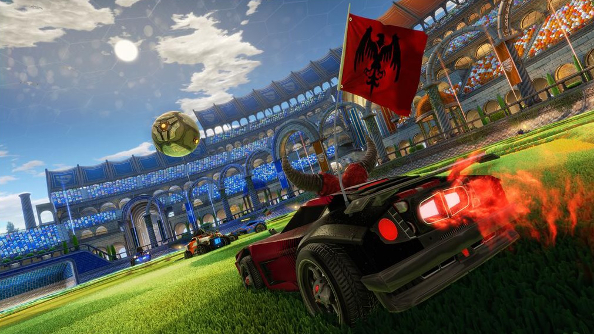 The cup started on September 4 and will run every Friday going forward. To celebrate its addition to their roster, Gfinity are letting players register to the cup for free throughout September. The great thing about Gfinity is its low barrier to entry, giving the Rocket League tournaments a good chance of uncovering some hidden talent.

Playing Rocket League without any stakes is stupid fun, so I can only imagine the rush from a tight game when a few hundred quid is at stake. If you think you’ve got what it takes, Gfinity have released a dubstep-backed trailer – because that’s totally in right now – in a bid to get you even more pumped. Check it out and sign up below: