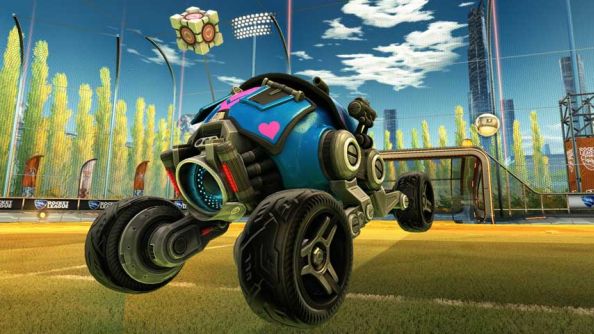 On top of the item rarity gradation introduced in Rocket League’s last patch, an upcoming update will allow you to trade in your uncommon caps for rarer things or with other players.

If you think cars are made for driving, not dressing up, then you’re in the wrong place. Here’s the best racing games on PC instead.

Rare and Very Rare decals and boost trails can be obtained by trading in multiple common items, or dropped by playing online.

Five uncommon duplicates will net you a rare, but Painted and Certified items remain unique and can only drop rarely or be traded for with other players.

Player-to-player trading will be implemented after June’s update, so Psyonix is advising players to hang onto any painted items they acquire instead of trading them up as they may increase in value once a basic economy is established.

Of course, there is still a very good car football game in there under the layers of e-commerce now, but hats!