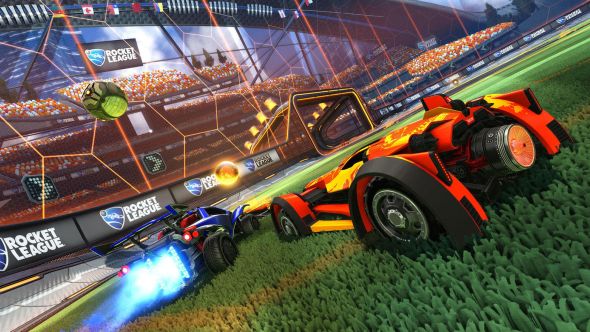 Psyonix are changing the way Rocket League updates work. In a post published yesterday, the studio announced that they would be alternating between content updates and feature updates, as well as revealing the full roadmap for Spring 2018.

Scoring more own goals than wonder-goals? Check out our Rocket League tips and tricks.

The new schedule means that content updates – “which include things like new Competitive Seasons (and rewards), maps, events, and DLC” – will be alternated with feature updates “that focus on new functionality like tournaments or Cross-Platform Parties.” Psyonix say that “this alternating schedule lets us update on a more frequent and regular cycle, guarantee you won’t have to wait too long between competitive seasons, and lets us spend more time perfecting and bug fixing features before they go live.”

The Rocket League roadmap between now and April will see the end of the game’s sixth competitive season (and the beginning of season seven) as well as a public beta for the upcoming tournaments feature in February. March and April will see the arrival of bracketed, single-elimination tournaments, and various quality of life updates, mostly attached to cosmetics and some changes to options. Beyond April and into the summer, Psyonix will open up cross-platform parties with other participating consoles, and will roll out updates to progression, as well as some new arenas.

Rocket League’s seventh competitive season will be available from February 7. You can read the full roadmap, which contains information about tournament mode, cross-play, and the new update schedule here.