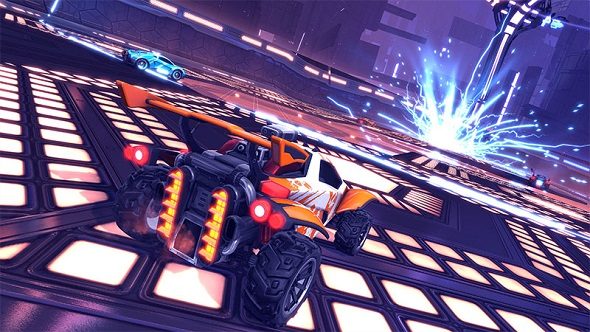 In a somewhat unexpected turn of event, WWE has a new partner: rocket cars playing football, otherwise known as Rocket League. Yesterday, it was announced that Rocket League would be working with WWE to both bring WWE items into the game and give the game a presence at official WWE events. Because why not?

Rocket League’s soundtrack is great – here’s the story of how it became a showcase for musical talent.

The blog which announced it, which we came across via GameSpot, It seems like this partnership is lasting through all of 2018, as the game will apparently be making regular appearances on WWE’s YouTube gaming channel, UpUpDownDown (did you know WWE had a gaming channel), and the team “believe WWE fans will be happy all year long,” so it might be just a start of things to come.

Given WrestleMania 34 is on April 8, you can probably expect those items to be revealed on or around then. What they are, though, I don’t know. John Cena’s face as a decal? A wrestling ring stadium? A steel chair accessory?