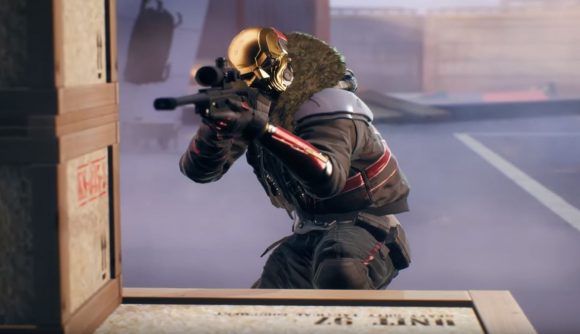 Cross-play – the ability to play multiplayer games with people on different platforms – continues to grow as a trend in the games industry, but many games struggle to implement it well. Because PC, console, and mobile players each have such wildly different input methods, it isn’t easy to make it a fair match-up.

However, Rogue Company developer First Watch thinks it has found a set of solutions. Speaking to our sister site The Loadout, the studio’s brand director, Bart Koenigsberg, says there’s only one way to do cross-play: “Try to make the most equal playing field you possibly can.”

“When it comes to how controllers perform in PC or mixed lobbies, the way that we are approaching that is with a database approach. Our goal is to keep the difference between playing on a mouse and keyboard and playing on a controller as tight as possible. And we will obviously have grave concerns if we see that one of those input methods starts becoming dominant.

“But I feel pretty good about this, even though I feel terrified about this question given how problematic it’s been in Fortnite. But I’m mollified by the fact that our lead designer is an ex-console pro. So we have people that are highly, highly competent at using the controller and competing today in our play tests with our PC development team. So we’re able to get some initial good data that I’m relatively certain that when it comes out, it’s not just going to be a disaster. Then we’ll continue to tune it as it goes.”

Elsewhere in the interview, Koenigsberg says cross-play isn’t enough in itself, that cross-progression is “what really makes it work”. Be sure to check out the whole interview over on The Loadout.

Rogue Company was announced last year. It sees you take on the role of elite mercenaries in a secretive syndicate team looking to right some of the “world’s biggest wrongs”.

The game contains an “arsenal of playable mercenaries, guns, abilities, and game modes” and multiple online PvP modes on offer. It’s coming to the Epic Games Store, Nintendo Switch, Xbox One, and PlayStation 4 at some point in 2020.