Japanese RPGs have come a long way in the past decade or so. Once accused of being too formulaic and linear, we have seen them embrace more progressive and open-ended design with recent titles such as Final Fantasy XV, Nier: Automata, and The Legend of Zelda: Breath of the Wild.

It is into this zeitgeist that Romancing SaGa 2 released when it arrived on Steam at the end of last year, fitting in easily with its JRPG peers. But while it does go some way to present its world as a playground to explore, it doesn’t actually hail from modern times.

If retro JRPGs aren’t your thing then perhaps the best RPGs on PC are.

This is a retro JRPG that never got its chance to shine in the West in the same way Final Fantasy, Dragon Quest, and Zelda did, because it didn’t officially make the journey overseas until 2016 when it was released on mobile. Now that it is on PC, though, we can make amends and give it the credit that it is due.

Originally released in 1993 for the Super Famicom, Romancing SaGa 2 does not faff around when it comes to turning what are – even back then, in the early ‘90s – well-worn JRPG tropes on their head. It starts straight away by casting you not as a single hero but as an entire lineage of emperors with which you work towards expanding your benevolent empire. That is not the only challenge, however, as you are also doing battle with a team of seven “heroes” who, it turns out, are secretly evil. By subverting our expectations from the start, the developers of Romancing SaGa 2 pave the way for an entirely different approach to gameplay – a road they show us to be both winding and fruitful. 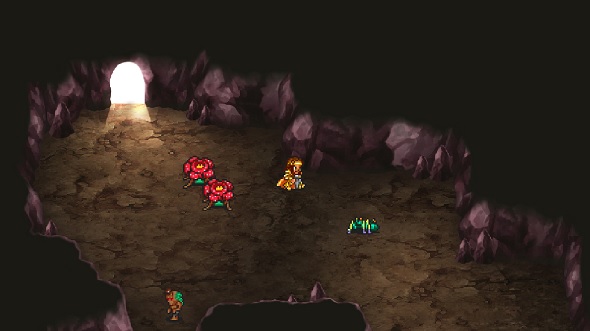 Many JRPGs from the Super Nintendo era tell their stories and offer up their worlds in a linear fashion. But Romancing SaGa 2’s structure has more in common with Final Fantasy VI’s excellent World of Ruin: you are given some direction, but are trusted to sniff out the quests available to you by yourself. Sometimes, talking to other characters leads to a new town or dungeon – if you do not talk to them, you could miss it altogether. Then, if you solve the problem of that new region, you can add it to your empire, giving you motivation to explore when on one of your hikes around the world.

As you can tackle the events of the game in almost any order you see fit, Romancing SaGa 2 outdoes Final Fantasy VI – which came out a year after it and is more widely celebrated – in terms of the freedom it gives you. The opening hours are pretty much the same for everyone, designed to give you a feel for the game, but after you kill your first hero you are set loose on the world at large with only two objectives: kill the rest of the heroes and expand your empire. The heroes can be killed in any order, and to fill in the map you need to secure routes between the different locations. Both of these aspects mean you can play the game at your own pace. 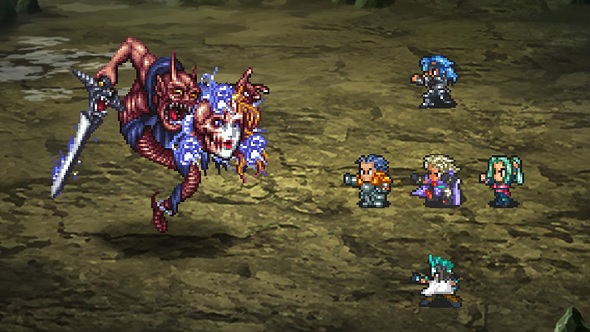 Furthering that is the game’s conceit of taking control of several generations of emperors, rather than a single hero or group of heroes. All that means is, when one emperor dies, you take on the heir. Each successive emperor inherits the abilities of the last, too, building the familial power as the empire expands – this is true even when the story jumps forward in time to the next generation, wiping your party members.

This system also means that Romancing SaGa 2 experimented with permadeath well before it became popular. When someone’s Hit Points are whittled away they can still be targeted by enemies, which will start to deplete their Life Points. Once a character’s Life Points are gone they are permanently dead. This way, you lose party members forever, however, your retinue of heroes improves over time alongside your emperor, so you never lose that much progress. 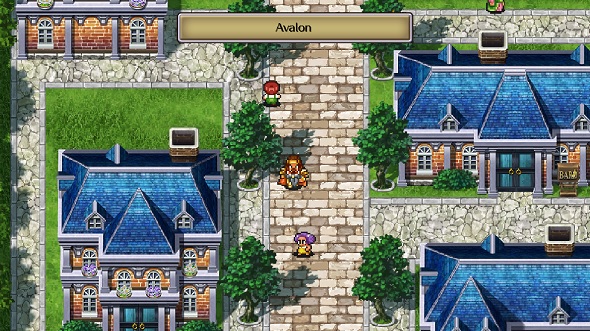 This sense of freedom extends to combat and leveling as well. Your party members do not gain levels in the traditional sense, but instead increase their skill with a weapon the more they use it. This means you can choose how each character will fight and they will adapt to your whims, rather than you having to build a character’s stats in a certain way in order for them to adhere to a particular style of combat.

The extra payoff for the repeated use of a weapon is that, occasionally, a character will get Skill Spark, meaning they learn a skill unique to their weapon in the middle of battle. You can then have them use that skill instead of whatever attack you were going to select. It captures what feels like a eureka moment during a fight, and encourages you to experiment with a variety of weapons and party lineups in order to see what abilities will emerge. 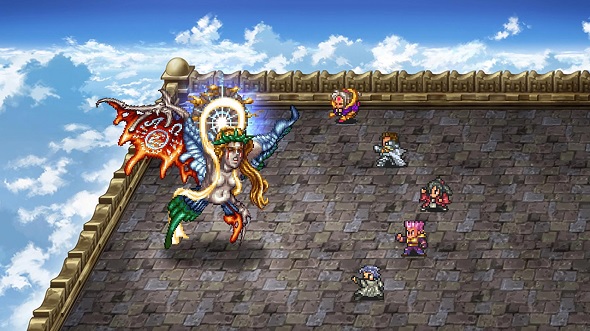 Only in recent times, with games like Final Fantasy XII and Final Fantasy XV – the former being worked on by the creator of the SaGa series, Akitoshi Kawazu – have big JRPGs carried on the spirit of the SaGa games. There is more of an interest once again in providing a sprawling play area on both a game’s landscape and its systems, letting you take whichever route through them that you see fit.

If you have enjoyed any JRPGs in the past couple of years then you would be doing yourself a disservice by missing Romancing SaGa 2, a formative part of the lineage which helped to mould the genre as it exists today.