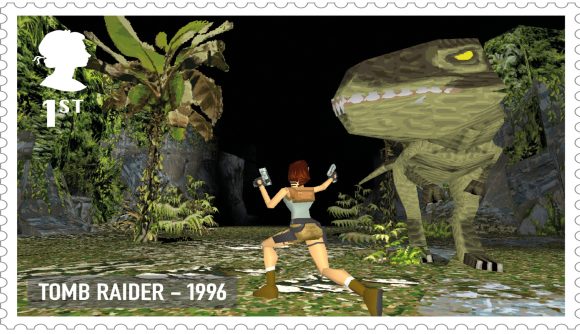 Good news, fans of videogames and archaic communication methods – the UK’s Royal Mail has just unveiled a new collection of stamps celebrating a range of classic titles from the 1980s and 1990s. Including stamps bearing screenshots from early Tomb Raiders, Worms, WipeOut, and more, the collection is made up of 12 to collect – and it’s available to pre-order now.

Marking the first stamp issue of the decade, the Royal Mail videogame-themed collection was created in conjunction with trade association Ukie, as well as game experts Julian ‘Jaz’ Rignall and Sam Dyer. It “celebrates a selection of the great British video games that have helped define both the national and global development scene over decades,” says Dr Jo Twist, OBE, CEO of Ukie.

You can pre-order the full set of videogame stamps together as a presentation pack on the Royal Mail website now, ahead of its release on January 21. It costs £14.25 (approximately $18.70 at the time of writing).

But that’s not all – there are also options to order some of the stamps framed, a limited edition collector’s pack, a Tomb Raider collector’s sheet, as well as a variety of miniature sheets and postcards on offer. Head to the Royal Mail’s site here to check them all out.

If the sight of these stamps has got you in the mood to jump back in to some beloved old titles, check out our guide to the best classic PC games that are still worth playing, even now in 2020.