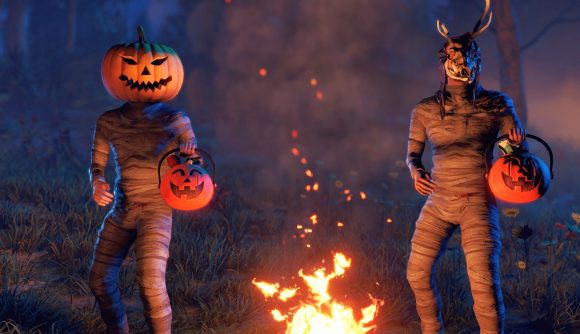 Like many of the other best PC games out there, Rust is getting its own festival of all things spooky this year. The Rust Halloween update has landed and, with it, a limited-time game mode, creepy NPCs to flee, and other goodies.

The Rust Halloween event is live to dive into from now until November 5, developer Facepunch Studios announces in a press release, and it sees the return of the survival game’s Trick or Treat LTM. Popping up approximately “every two in-game days”, the event sets off a candy hunt. You’ll get a mere three minutes to run around, scooping up as many sweets as you can, with the top three scoring players given some special loot bags as prizes. What’s inside can vary across different types of loot – that is, you could discover some scrap, an M249, or anything in between.

The update also adds some extra items you might find handy in your hunt, such as a pumpkin bucket that lets you instantly grab candies and a scarecrow wrap that’ll give you an edge in spotting the treats “via candy vision”).

Other features of the Halloween update are new items in the shop – a skull trophy, skull spike, and “mummy underwear”. That’s a full-body outfit made up of bandages and there’s no crafting needed to make it. Plus, the Fogger 3000, candle pack, cursed cauldron, and strobe light return from Halloween events past, in case you want to pick up something you didn’t before. There are also some NPC mummies roaming around the game’s map, too. Yikes. 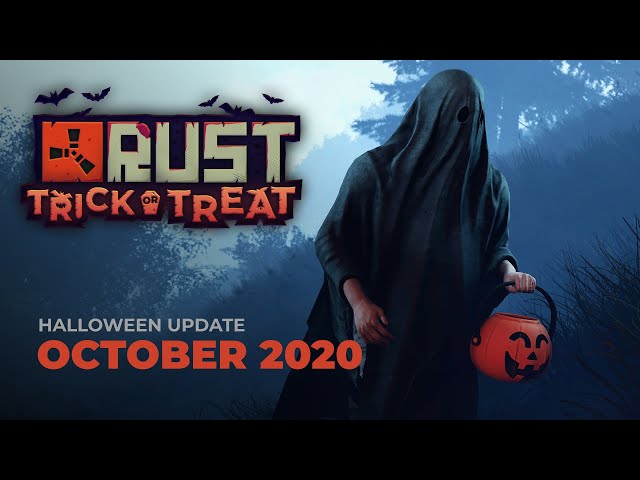 If you want to get an idea of the tricks and treats in-store, check out the trailer above. And be sure to take a look at our list of the best multiplayer games on PC – you might find some other Halloween-themed events currently live to sink your little fangs into.