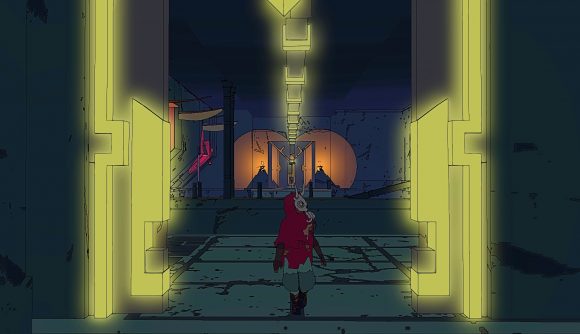 Saddle up your hoverbikes because we finally know when Sable is coming out. Developer Shedworks revealed during Geoff Keighley’s Summer Game Fest extravaganza that the chill indie game is set to hit Steam on September 23, 2021.

You’ll be taking up the role of Sable in this one, drifting across vast deserts and landscapes littered with fallen spaceships as you journey through your rite of passage. Sable’s world is open to you to explore at your leisure. You can take in the scenic vistas, stumbling across nomads and their stories as you go, or piece together puzzles and unearth the long-forgotten mysteries of the world. You can also customise your hoverbike to reflect what you’d like it to look like.

Sable’s Moebius-inspired art style helped it catch the eye at E3 in 2018, though Shedworks has had delay the game several times since. Indie rock band Japanese Breakfast is also onboard to score the game, with Michelle Zauner showing up during the Keighnote to perform a song from the soundtrack and reveal the release date.

Curious what else is coming your way over the coming week? Check out our E3 schedule to keep on top of all the events.