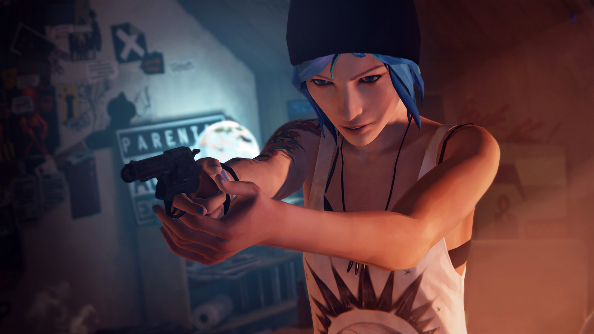 The voice actors’ strike is tentatively scheduled to come to an end, as SAG-AFTRA has reached an agreement with the 11 game companies they began striking against on October 21, 2016. The tentative agreement was made on Saturday, granting several—but not all—of the terms the union had been striking for.

Check out the upcoming PC games.

A new bonus structure will see additional payments to actors based on the number of sessions worked, starting with $75 on the first session and totally $2,100 after 10. Notably absent from the agreement are long-term residuals based on a game meeting certain sales thresholds. This measure proved controversial, especially given that developers are typically not offered the same types of compensation.

Many of the other demanded terms were also agreed on. Publishers are now required to disclose a game’s code name and genre, it relation to existing franchises, and whether they’ll be reprising an existing role. Famously, the actor who portrayed one of Fallout 4’s primary villains went through the entire project without knowing what game he was a part of.

Actors will also now be informed before accepting a role if they’ll be required to use unusual terminology, profanity, or racial slurs, and the degree to which violent or sexual content will be involved. They’ll also be informed if stunts are necessary, though it’s unclear if this specifically means motion capture stunts or also covers high stress work like screaming that can lead to vocal damage.

“This is an important advance in this critical industry space. We secured a number of gains including for the first time, a secondary payment structure which was one of the members’ key concerns,” says SAG-AFTRA president Gabrielle Carteris. “The courage of our members and their fortitude these many months has been admirable and I salute them. We are always stronger together.”

The publishers affected by the strike included EA, Activision, Take 2, and Warner Bros. Several proposals those companies sought were denied, including potential fines for actors appearing late, and another that would’ve allowed developer staff to engage in performances otherwise covered by the union agreement.

Among the most visible effects of this was Life is Strange: Before the Storm, which replaced Ashly Burch’s Chloe due to the strike.