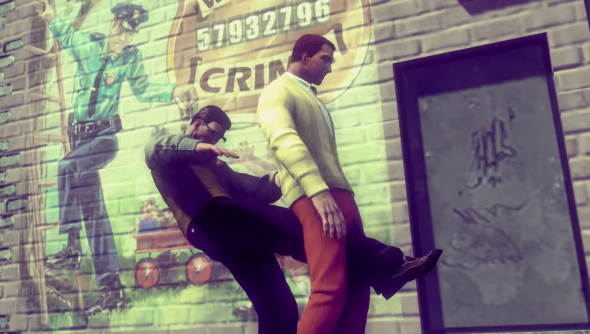 I don’t know if you’ve heard about the premise of Volition’s upcoming standalone for Saints Row IV: Gat out of Hell, but it’s certainly not your everyday narrative. You are Johnny Gat, and you’ve been tasked to prevent Satan’s diabolical plan to marry his daughter to the president of the United States.

But that’s not all you’ll get up to – while you’re smiting the demonic population of hell, there’ll be all sorts of shenanigans to take part it, and this launch trailer does a pretty deft job at explaining what.

Trailers like this aren’t out of the norm for Saints Row IV; a couple of months ago they performed a whole musical number in-game to titillate your senses.

If you’re wondering what the “Re-Elected” package is all about, don’t worry – it’s a HD version of the game for the Xbox One and PS4; us PC folk already have the best version.