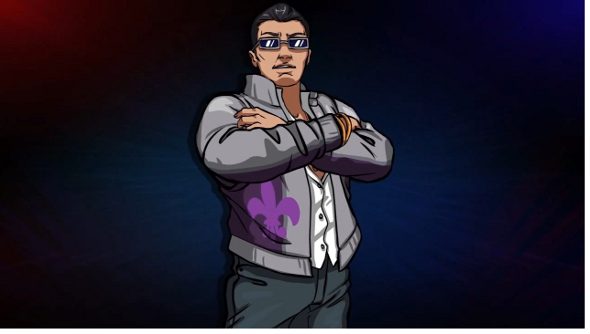 After leading a gang, getting killed, being locked up in a virtual prison and defeating a tyrannical alien dictator, jumping and kicking all day long seems like a logical step.

The gangster’s special moves are typically Saints Row, including the use of the black hole gun and the wub-firing dubstep gun from Saints Row IV.

His unexpected inclusion stems from a tweet, of all things, where the Saints Row Twitter account suggested that Gat should be in Divekick. Developer Iron Galaxy agreed, because it’s hard to say no to Johnny Gat.

He’ll be playable at PAX East this weekend, and Iron Galaxy plans to reveal another character at the convention.