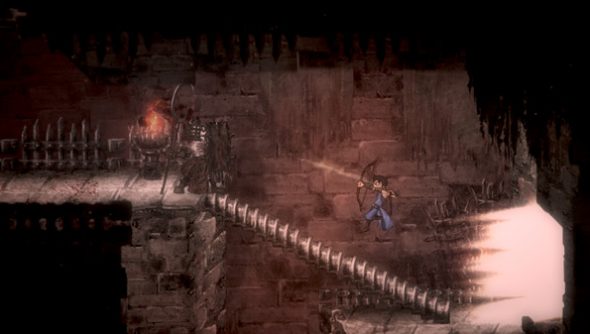 A cursed realm, forgotten cities, blood-soaked dungeons, and desecrated monuments – no, it’s not Dark Souls, this is Salt and Sanctuary.

How will it stack up to our list of PC’s best RPGs?

Salt and Sanctuary launched back in March on PlayStation 4 and we’ve been anticipating its PC release ever since. It is, by all accounts, very good, though I haven’t had chance to try it myself yet.

The RPG casts you as a doomed sailor shipwrecked on a mysterious island full of reanimated corpses that want to kill you.

Its core is fast, brutal combat with over 600 upgradable weapons, armour pieces, spells and items. Much like FromSoftware’s RPG, you will carve out your own playstyle based on the equipment that resonates with you.

It’s currently 10% off on Steam, so you can buy it for $16.19. it looks rather excleent, but you can see that for yourself in the trailer below: