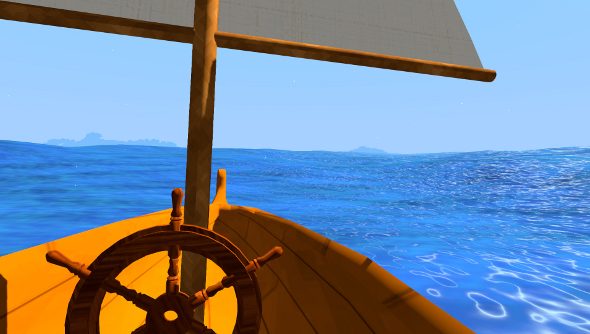 I am rejecting Halloween tonight. I’m working, so there’s no dressing up and drinking blood for me. This is why, instead of hunting down a properly terrifying game for this new episode of Playing With Myself, I instead found one that’s peaceful and bright – all rainbows and happy puppies.

Unfortunately Salt, an island-hopping sandbox adventure, does not have happy puppies or, I think, rainbows. But what it does have is lots of sunshine, pretty azure seas, and absolutely no children trying to get sweets from me. It’s a lovely break away from this most morbid of not-quite-holidays.

Join me for a spell.

I am not the sort to go on a beach holiday. I find lying around in the heat to be a poor use of my time, but as we hurtle toward winter, I start to appreciate warm weather and golden sand. Salt has become my sanctuary from the rain and howling wind.

Survival games are not known for their relaxing qualities, and at first glance, Salt does look a lot like a survival game. It isn’t, really. Exploration and adventure – those are the key goals, not survival. There are only a few threats, like pirates and spiders, and food provides boosts rather than being a necessity.

Instead of being concerned with the struggle to live, I was able to wander around a procedurally generated tropical archipelago, uncovering pirate camps, lost ships, treasure and crumbling ruins. There is, at this point, not a huge amount to do beyond crafting, exploring and a little bit of fighting – but it’s all very serene and relaxing.

Salt is a game that should be played with one hand holding a cocktail with a little umbrella in it. 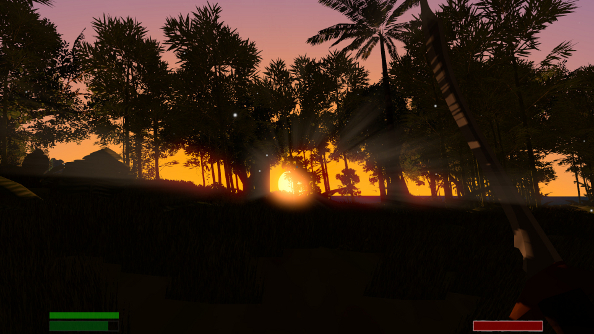 Punctuating the infinite ocean are little surprises. Big ships, bobbing away, with not a crew member in sight can be happened upon. These vessels can be repaired, with quite a bit of work, or contain treasure. Thought that treasure isn’t just lying around, it’s locked away, a catalyst for an adventure hunt down the key.

And there are special pirates wandering around islands, getting up to no good. Unlike their regular pirate minions, they hold more important items, like keys or a handy compass. Not just loose change, like most of their crew carry.

I only fought when I had too, though. I was much more content to just sail around, like an itinerant captain.

With an art style as brightly-coloured as a child’s painting, it’s evocative of Wind Waker, and sailing across the gentle sea soothed my bubbling rage every time an urchin would ring my doorbell, demanding sweets when all I had was whisky and cigarettes.