Samsung are rumoured to be fabricating cryptocurrency mining ASIC chips for an unnamed Chinese distribution partner. Fear not, however, as gamers are expected to be left unscathed by this supposed crypto-mining deal.

Tired of the ol’ roller ball you’ve been rocking since the ’90s? Here are the best gaming mice around.

The news comes from Korean news outlet The Bell, who claim the tech giant concluded a deal for production of Bitcoin mining specific ASIC (application specific integrated circuits, if you must know) chips last year for production this January. This ASIC silicon is being built to rapidly churn out the parallel-heavy algorithms required by certain cryptocurrencies, mostly focusing on the coin of the moment: Bitcoin.

Samsung have since confirmed their new venture into the booming cryptocurrency tech market in a statement made to TechCrunch:

“Samsung’s foundry business is currently engaged in the manufacturing of cryptocurrency mining chips,” Samsung says. “However we are unable to disclose further details regarding our customers.”

Foundry rivals, TSMC, are already experiencing huge increase in demand due to their cryptocurrency chip applications. ASIC miner manufacturer and distributor, Bitmain, are already supposedly gobbling up more 16nm chips from TSMC than Nvidia have on order for their Pascal GPU architecture. The Ant Miner S9 utilises 189 of the company’s BM1387 16nm chips within a single device, so chip demand is understandably high. 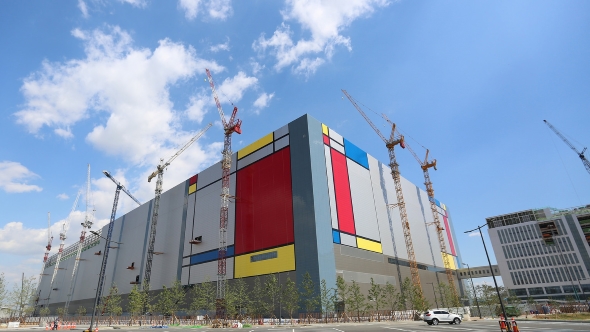 Samsung are also rumoured to have signed a deal with a Russian Bitcoin mining company to produce 14nm chips set to enter production in January 2018. Samsung’s 14nm process was already widely held to be used for Nvidia’s GP107 GPUs within the GTX 1050 and 1050 Ti cards.

Luckily, Bitcoin ASIC miners aren’t memory-heavy devices, so I wouldn’t worry about Samsung’s new venture affecting their supply to both AMD and Nvidia for graphics cards. According to AMD’s Lisa Su, memory shortages, and not GPU silicon shortages, were the leading factor in a slowdown of GPU production – a viewpoint also shared by industry insiders we’ve spoken to recently.

While gamers are likely unaffected by Samsung’s new side venture, large-scale ASIC manufacturers – such as Bitmain – could potentially have some serious competition on their hands due to Samsung’s world-leading semiconductor fabrication facilities assumedly supplying one of their competitors.