Sands of Aura doesn’t make much of an effort to hide its influences. Its top-down view, socketable runes, and emphasis on proccing calls to mind dungeon-crawling ARPGs like Diablo and Path of Exile. It’s also got plenty of Soulslike mannerisms: you can rest at shrines, but it will respawn all nearby enemies; stamina management and well-timed movement is essential; enemy ambushes are common; and its bosses can take you out in a couple of quick hits.

Where Sands of Aura differs from those aforementioned ARPG titans, however, is how it handles loot. You don’t get shiny new weapons from slaying enemies, instead they’re forged by combining different weapon components, which you find in fixed locations around the world. These components – handle, blade, pommel, and style – can be mixed and matched freely, and there are hundreds of combinations you can craft over the course of the game.

You can assemble some pretty wild combinations, and for my first run I try out dual-wield maces that occasionally fire out daggers and let me move at full speed while recovering. Later, I try a massive glaive with buffs that refill my stamina with every hit, and a spear that increases my attack damage after I get hit and gives me a massive speed boost after securing a kill.

Combat is heavily inspired by Dark Souls, but there are some mechanics from hack-and-slash looters like Diablo. Firstly, procs are integral to your build, and there are a ton of different effects you can build around, from triggering AoE stuns when repairing your weapon, to dishing out more damage shortly after picking up currency. You can find and loot runes, too, which slot into armour pieces and confer minor buffs to stats like movement speed and armour. 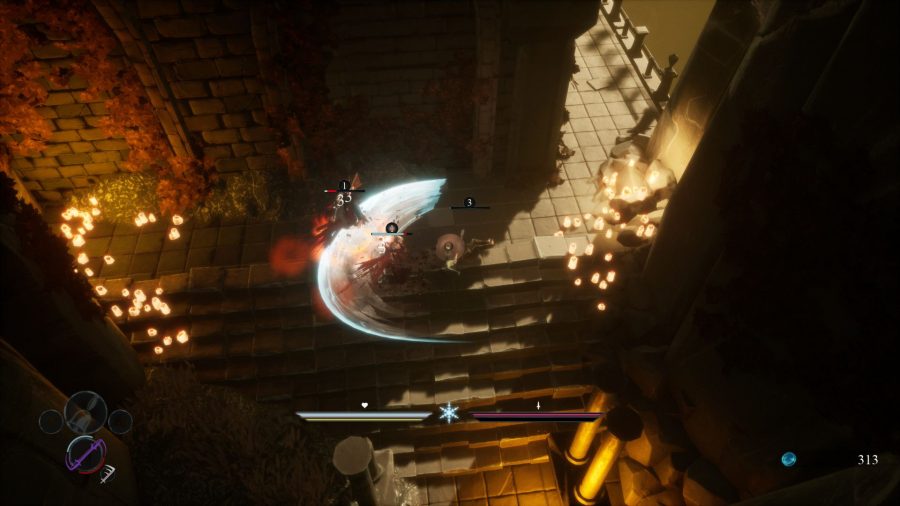 There are also gems that you can attach to weapons that alter your basic movesets with elemental effects – a fire gem, for example, sets enemies you strike on fire, leaves a trail of fire behind when you dodge, and triggers a fiery AoE blast when you successfully block. And while it’s minor compared to Diablo’s class-based abilities, every weapon has its own special attack that charges up as you deal damage.

Sands of Aura takes a relaxed approach to RPG builds

Between the weapon forging, runes, and gems, it’s clear that Sands of Aura is taking a relaxed approach to builds. There don’t appear to be any limitations that force you into making tough choices about your gear, and developer Chashu Entertainment says it wants you to be able to discover loadouts that transform you into an unstoppable killing machine.

My time with the Sands of Aura demo closes with a boss fight in a gothic cathedral that I die 20 or so times trying to beat. It’s a pressure-focused battle where you need to constantly chase the boss, Alaira, in order to stop her from healing or using her lethal ranged spells. Keeping such a close proximity, however, means you need to pay close attention to her prompts and react accordingly as one flurry is all it takes for her to leave you with just a slither of health. 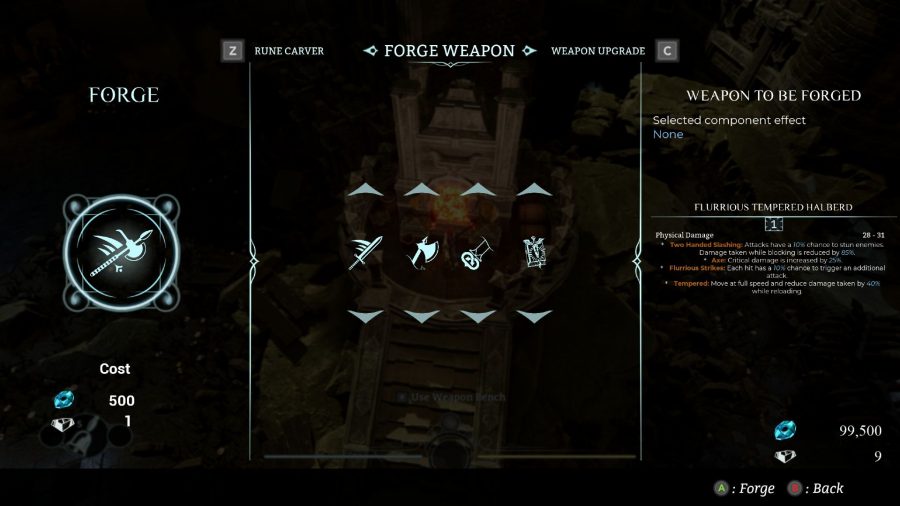 It’s hard to ignore just how Dark Souls this particular zone of Sands of Aura’s world looks. It’s a dark fantasy mix of gothic architecture, ornate medieval weaponry, and grim environments like graveyards and besieged castle walls. There’s even a Patches-like NPC who tricks you into clearing out a bunch of enemies for them. Chashu Entertainment says these visual similarities aren’t reflective of the full game. The ship you see sailing around the sand ocean in the trailers isn’t available in the demo, but it’s designed to ensure that each of the world zones feels truly isolated and distinct from one another, like terrariums.

There’s currently no release date set for Sands of Aura, but you can check out our list of the best games like Dark Souls here if you’re after something to play right now.