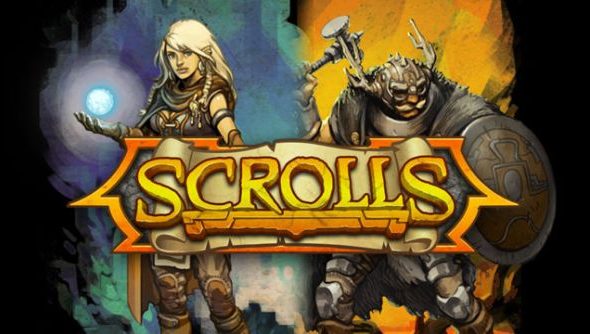 Sad news for Scrolls fans today, as Mojang have announced that the Echoes expansion “will be the last major content patch for Scrolls.” More ominously, Mojang have said that while the servers will stay up through to July 1st, 2016 (one year from now), “All future proceeds will go towards keeping Scrolls playable for as long as possible.”

Mojang are very positive in their statement, saying that, “The launch of the Scrolls beta was a great success. Tens of thousands of players battled daily, and many of them remain active today.”

Scrolls never did find the audience they were hoping it would. “Unfortunately, the game has reached a point where it can no longer sustain continuous development.”

But it sounds like Scrolls’ fate is sealed. While Mojang will continue to patch for balance, there will be no more content and, once the revenue dries-up, the servers will likely be taken offline and that will be that.

Time, and indifference, have done what Bethesda’s lawyers never could.