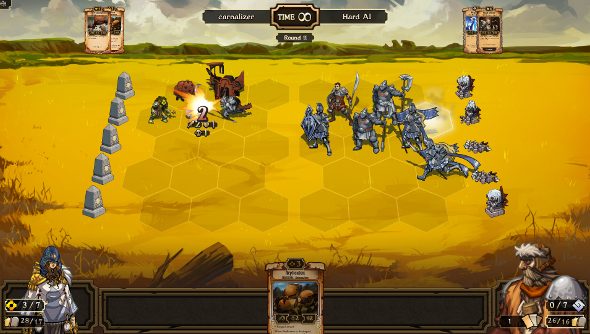 It’s easy to forget that Mojang has more than Minecraft on its plate, but today marks the release of Scrolls, the developer’s hexy card game. This comes after a lengthy open beta, which started in June last year.

There’s a free demo version, and you only need a Mojang account to play. Take a look at the launch trailer, below.

Scrolls is part deck-building card game and hexagonal tactics romp. Decks are built up from spells, abilities, units and even structures, and when it’s time for battle, the turn-based action plays out on a hex battlefield.

New scrolls can be snatched up by spending gold, the in-game currency, as well as shards, the real-world currency. Players can trade between themselves, too.

The full game will set you back a measly $5.