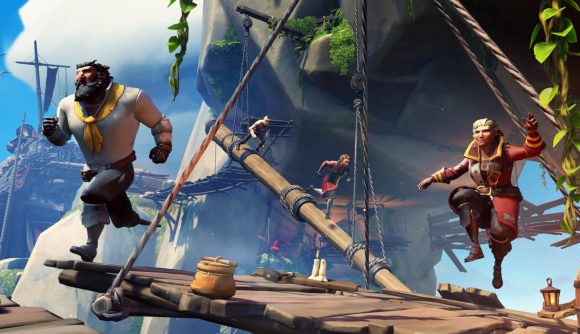 Sea of Thieves Season One is nearly upon us, and with it, a revamp of the game’s content and progression systems. Yes, friends, that means a Sea of Thieves battle pass. The new Plunder Pass will work a lot like the battle passes present in loads of modern games, but there are some peculiarities in what’s free and what’s paid that you’ll need to untangle.

Each season (which will last roughly three months) will give you 100 free tiers of Renown progression to work through. You will be able to earn cosmetics, like clothing, items, and emotes – some of which will be exclusive to a given season – as well as some Ancient Coins, the game’s premium currency. Again, this is all free.

11 premium items will be placed at various points on the 100 levels of progression. To unlock them, you’ll need to reach the requisite level of renown, and purchase a Plunder Pass for 999 Ancient Coins – or around $10 USD. All the Plunder Pass items together would cost you $40 at the premium Pirate Emporium store, so it’s a big discount if you’re willing to put the time in to unlock them. 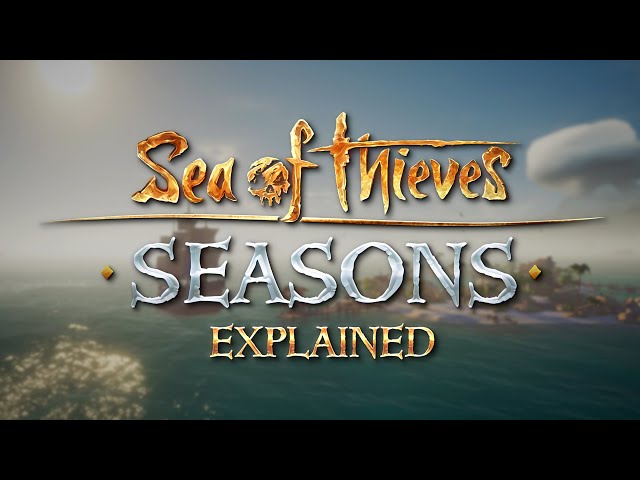 All the actual content in Sea of Thieves, meaning all events and updates beyond cosmetic items, will remain free despite the revamp. Rare’s take on pirate games starts its new era on January 28.