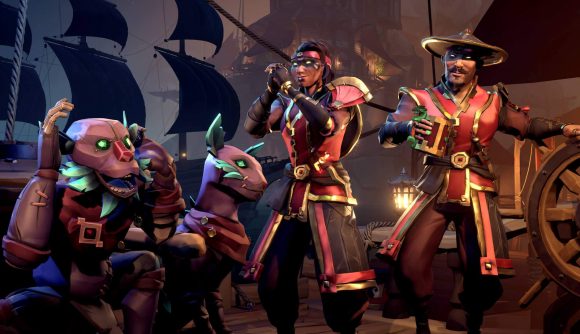 Rare’s pirate sandbox launched back in 2018, and after more than three years of updates, Steam ports, and continued access through Xbox Game Pass, the Sea of Thieves player count is continuing to grow at an impressive rate. The game has now reached 25 million players, and to celebrate, the devs are giving away 25 million gold – if you’re lucky.

Whether or not you’re lucky, you will get 25,000 gold and 25 doubloons for logging into Sea of Thieves any time between now and October 26 at 7am PDT / 10am EDT / 3pm BST. One randomly-selected player will also receive a 25 million gold payout – hopefully enough to pick up all the cosmetics available with that currency.

Sea of Thieves previously reached 20 million players in March, and 15 million back in July 2020. The game’s getting bigger faster than ever, so clearly that Pirates of the Caribbean crossover worked out. Updates are continuing, too, and the underwater-themed Season 4 is currently underway.