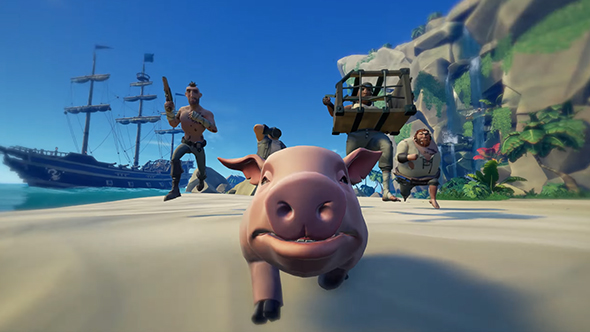 Update, March 19: People around the world are playing Sea of Thieves right now, and you can too – if you’re up to violate Microsoft’s terms of service.

Sea of Thieves launches at midnight in every supported region worldwide, so people on the eastern side of the international date line are already playing it. If that’s an affront too great for you to bear, you can bypass the region restriction to start playing early, but it seems neither Rare or Microsoft are going to be especially happy about it.

Here are details on the Sea of Thieves endgame.

You can change settings region settings on Windows 10 (and Xbox One, for that matter) to allow early access to the game if it’s not midnight for you just yet. All you have to do is load up the “Region & language” screen (under “Time & language” in the control panel), and switch your country to one that has access to Sea of Thieves. New Zealand and Australia are safe picks.

This appears to work whether you’ve purchased the game directly or you’re a member of Xbox Game Pass. Just load it up in the Windows 10 store and it’ll be ready to install.

It’s a simple trick, so plenty of players have already gotten wind of it. Officially, Rare reminds folks on the official forums that it’s a violation of the Microsoft Services Agreement, with their requirement not to “circumvent any restrictions on access to or availability of the Services.”

As for whether Microsoft will actually punish players for taking advantage of the region switch: that’s unlikely. But there are just a handful of hours left for the remaining launches, so you may want to hold out a bit longer. You wouldn’t want to be considered a pirate, or anything.

Original story, March 16: Rare’s pirate adventure isn’t out for a few more days yet, but the developers have provided an extensive set of release times for Sea of Thieves, so you know exactly when you and your friends can set sail.

The release will roll out region by region, in most cases at 0:00 local time on March 20. But the launches are region-wide rather than being separated by time zones, so the release will hit when your region’s easternmost time zone strikes midnight. Here are the specifics. 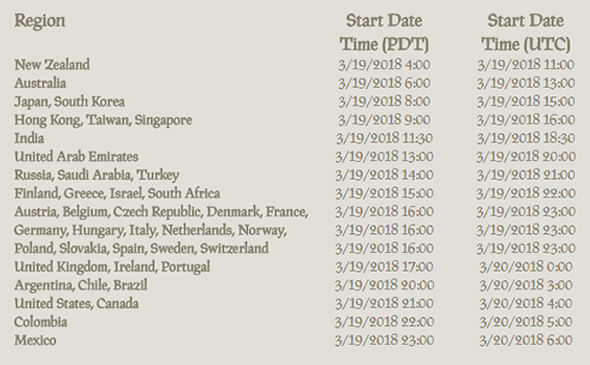 You may also want to keep an eye on the official server status page as we approach launch, just in case anything gets shaky when the game goes live.

For players who want a slightly less pricey way to test the waters, it’s worth noting that Xbox Game Pass will include access to the game on launch day, even on PC. There’s a 14-day trial if you haven’t signed up before, and it’s $9.99 / €9.99 per month after that – not bad if you’re hesitant to spend the full retail price.

In the meantime, check out the launch trailer for a closer look at what to expect, or find out from Rare themselves what’s planned for the PC version. We’ll soon see how it all pans out.