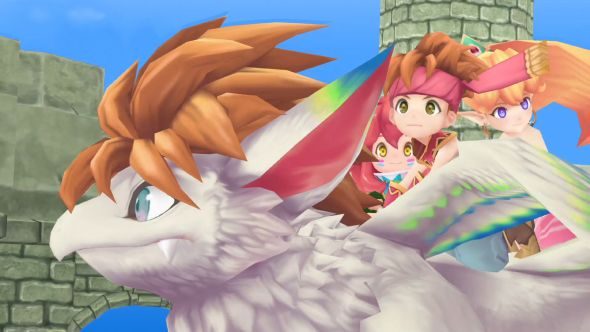 A remake of legendary JRPG Secret of Mana is coming to PC (along with PS4 and PS Vita) on February 15, 2018. It’s got voice acting, full-3D cutscenes, and pre-order tiger suit costumes. See it in its new glory (and sub-medium voice acting) above.

Here’s a list of great RPGs that are already on PC.

Square Enix promise it will “faithfully retell the beloved story of Randi, Primm and Popoi” with various enhancements. These are:

No word on price, but it looks like a full-quality handheld title, so we’d guess around the £30 / $40 mark on Steam. Pre-orders and purchasing within one week of the release date get these DLC costumes for free:

Ah yes, just what we were missing in 1993, the Tiger Two-Piece. Steam page and official website aren’t up yet, but should be soon.

For those wondering, Secret of Mana is brilliant, or at least it was when I played half of it a few years ago. It held up then and, with a few tweaks, doubtless will now. It certainly deserves its place as a classic alongside all those other JRPGs currently getting re-releases, and Chrono Trigger.

Yo, Square: where is Chrono Trigger PC?